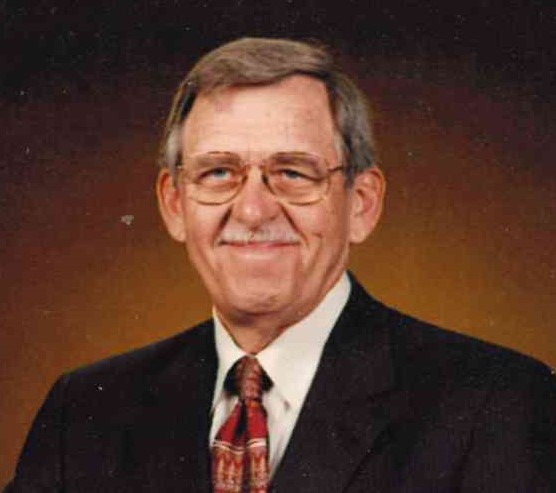 Allan was born at Freistatt, MO to Alvin and Hildegard Biermann on April 30, 1929, and was baptized and confirmed at Trinity Lutheran Church.

Allan graduated from high school at Monett, MO, and attended Monett Jr. College before going to Spartan Aeronautical School of Engineering.  Upon graduating he entered the US Air Force.  He was a member of the pilot training class 52E and attended flight training at Greenville, MS and Vance AFB, Enid, OK.  He received wings on August 2, 1952.  While stationed in Alaska he flew the L-20 Beaver aircraft on wheels, floats and skis to remote radar sites, earning the distinction of “Bush Pilot.”

During this time Allan met and married Gladys Stellwagen on June 13, 1954 in Trinity Lutheran Church at Freistatt.  This union was blessed with three children.

After leaving active duty in the Air Force, Allan joined TWA where he served as a pilot and a line check pilot for over 33 years.  As captain, he enjoyed flying all over the TWA routes, foreign and domestic.  He held air transport ratings on the Lockheed Constellations, Boeing 707, 720, 727, Lockheed 1011, and the Boeing 747.

After retiring from TWA in 1989, Allan and Gladys moved to Hot Springs Village, AR for 20 years, returning to Kansas City in 2018.

At the time of his death, Allan was a member of King of Kings Lutheran Church in Kansas City.  During his life he was always active in the Lutheran Churches he attended, serving many times as Elder, on the Board of Education, and singing in the choir.  He enjoyed traveling, camping, golf, boating, playing cards with friends, and seeing his grandchildren.

Visitation will be Tuesday, October 26, from 5-7pm at King of Kings Lutheran Church, where the funeral service will be held on Wednesday, October 27, at 10am.  Burial will be at Terrace Park Cemetery.  Memorial contributions are suggested to any church of the donor’s choice.

To order memorial trees or send flowers to the family in memory of Allan Biermann, please visit our flower store.