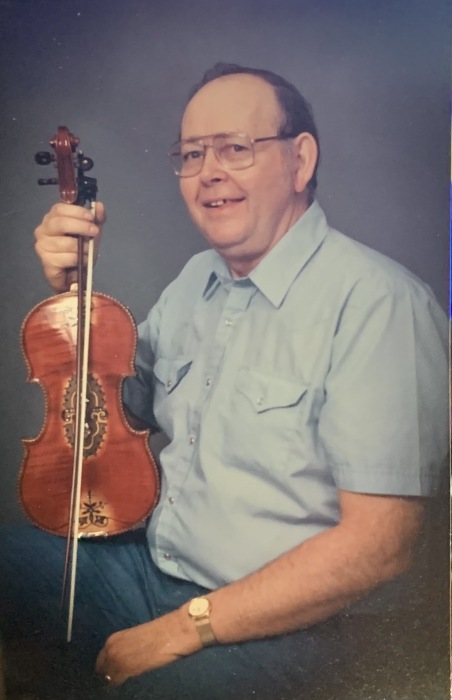 Bud was born on August 28, 1935 in Severance, Kansas to parents, Alva H.Cluck and Bessie E.Harrison Cluck.  He and was raised along with his siblings in Troy, Kansas.   Bud married the love of his life, Thelma Routon in 1953.   Bud joined the National Guard serving in the artillery department during the  Korean War.

Bud and Thelma relocated to the Kansas City, area in the early 60's, where they continued living and raising their three daughters. From a young age Bud was always a hard worker. He worked as a machinist for Quaker Oats in St. Joseph and KenWorth-Dart assembly plant in Kansas city until plant closed in 1984. He also held a job at the Kansas City Star newspaper for 10 years before retiring. Bud cherished spending time with his family. When he and Thelma was younger they enjoyed traveling by motorcycle all over the United States.  Bud enjoyed operating their Ham and CB radio.  After retiring he and Thelma would travel in their Motorhome to  Bluegrass music festivals to meet up with their friends - where Thelma played the banjo and he played the fiddle and guitar. He and Thelma have been proud charter members of the HABOT (Heart of America Bluegrass and Old Time Music) Club since the 1980’s.

Services will be held at Terrace Park Funeral Home on Thursday, September 23rd with the visitation from 1:00pm to 2:00pm, followed immediately by the celebration of life and burial.

To order memorial trees or send flowers to the family in memory of Alva “Bud” Cluck Jr., please visit our flower store.