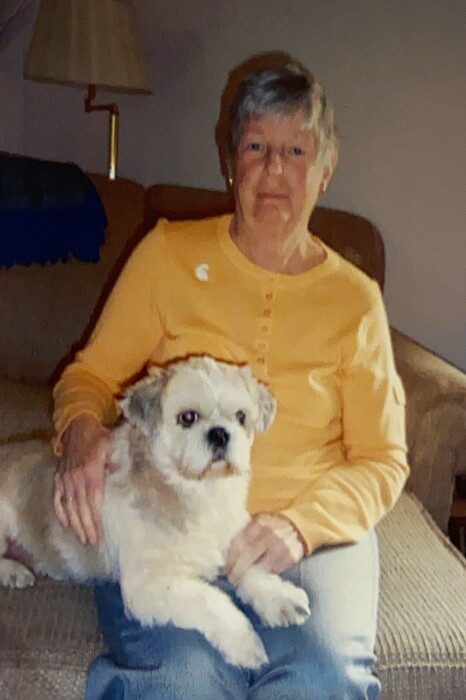 Anne (Dendy) McLean passed away on September 27th, 2021 after a 40 year battle against cancer. She was born to William and Aurora Dendy on December 5, 1940 and spent her childhood growing up in Stone Mountain, Georgia. She graduated from Georgia State College in 1962 and was a Alphi Phi Sorority sister.

She met her husband, Bruce, at a church single adult’s group and they were married on May 6, 1964. Bruce lovingly referred to her as his little “Georgia peach.” She was born just after the great depression ended and her family often teased her about her frugality antics.

In the early 60’s she was proud to be accepted into the TWA stewardess program and to this day she remained best friends with a coworker she flew with. She also worked in the banking sector for many years and had a part time job at Hallmark Cards that gave her a nice discount for all the Christmas ornaments she liked to collect.

She loved playing cards but wasn’t so much about the cards as it was the lifelong friendships that were formed within her various card groups. She also loved being the hostess and it was always fun to see how she decorated the house for every single holiday. It was quite common for the family to gather at her house to celebrate birthdays, holidays, and being a diehard Royals and Chiefs fan, she would often have family over to watch the games.

Anne is preceded in death by her husband, Bruce and her brother, James Dendy. She is survived by her children, who she loved dearly: son, Don McLean (Gina) and daughter, Polly Walker (Jason). She also loved being a grandmother and will be greatly missed by her grandchildren: Alicia, Brady, Brooke, and Shane, Lisa and Leslie.

Lastly, let’s talk about Charlie, her beloved dog. He went home with a family member where his food bowl will always be full and he will be loved for the rest of his life.

In lieu of flowers she requested a donation be made to the American Cancer Society.

Services for Anne will be held at Gashland United Methodist Church where she was a member for over 46 years. 7715 N. Oak Trfwy, Kansas City, Missouri 64118. Visitation will be from 11am to 12pm with a Celebration of Life to immediately follow.

To order memorial trees or send flowers to the family in memory of Anne McLean, please visit our flower store.