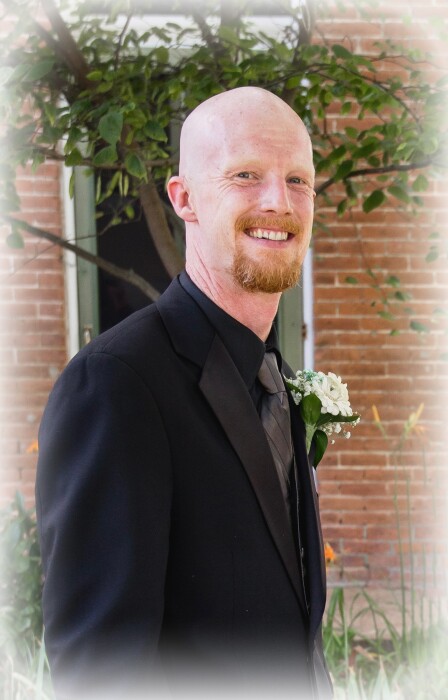 Anthony James Holiman, left this world at the age 39, on April 18th, 2022. He started his life in Kansas City, Missouri on October 17th, 1982. Born to a young couple, Lori Loya and Tim Holiman, this baby boy was raised during the infamous 80’s music, the beginnings of video gaming brought into homes, the first computers, rental movies, etc. Anthony’s love for 80’s music which he would later term “Old Man” music was a lifetime love and he would often loudly and obnoxiously sing random lyrics to his family either with or without music. Anthony was raised as an only child for all of his days before becoming an adult. He was a precocious child who loved books, history, video games, and martial arts. Martial Arts was a lifelong passion he shared with his father and is something that connected the two deeply. Even as a child, Anthony was a good friend with a huge heart which only became more obvious as he grew into an amazing man.  He joined the Navy in 2001 where he trained as a Quartermaster which is the position he held aboard the USS Porter during the Iraq War. When he left the Navy it was his dream to follow in his Father’s and Grandfather’s footsteps and become a police officer. After his service, he returned to his hometown of Kansas City, MO, working several security jobs until graduating from the Police Academy. He served as a deputy in Clay County then Ray County and then as a patrolman in Claycomo. Later, he also spent time training at the police academy where he found a very real passion for training future officers and ensuring the next generation of officers were well equipped for duty. Anthony had a strong moral fiber and a sincere desire to serve and protect his community. He was not only loved but highly respected. He was to become a detective in Ray County at the time of his passing. This tragedy is a great loss to not only his family and friends but to those he served and protected.

Anthony was absolutely crazy about his family. He enjoyed a wonderful bond with his mother and could very easily con his favorite meals from her kitchen. When she remarried to Dago Loya and they gave him a baby sister, Alexandra Loya, he was over the moon excited to be a big brother.  He treasured her and was a strong and positive influence in her life. Despite the large age difference, they had a very special bond as Anthony poured into her life and actively created a truly unique bond. Alex brought out the goofy playful side of her brother, which was a joy to behold when they were together. Although their personalities were very different, they shared many of the same interests and were devoted to each other.

In 2008, Anthony married Jessica, who brought with her Anthony's first child, Landon, whom Anthony loved and knew as his son. He and Jessica had two additional children, Tyler and Addison. He relished his role as a father and spent as much time as possible with them. His children became his absolute joy in life. Sharing with them his love of martial arts, his ridiculous amount of knowledge about random things, his love of Star Wars, Batman, and so many other things. After divorcing, Anthony met Rachel, through his job as a police officer. When their daughter Kamryn was born, Anthony was so excited to have two sons and two daughters. His children meant everything to him.  He was a very involved and nurturing father who would move heaven and earth for his children.

Anthony was a unique kind of man.  He was strong, passionate, brave, intelligent, caring, giving, and nurturing.  He would help a stranger without hesitation and give you the coat off his back. He was not afraid to show his silly side, which he did often, his nurturing side, his loving side. His family (which includes his Police family and his Navy family) and his friends truly meant everything to him and he showed it regularly.  His loss is felt deeply and profoundly by all of the people whose lives he touched. His life and the legacy of love and compassion and zest for living will continue to reverberate throughout the community through all the lives in which he made a profound difference.

In lieu of flowers, donations to help with expenses can be made payable to Rachel Holiman (PO Box 14, Holt, MO 64048).

To order memorial trees or send flowers to the family in memory of Anthony Holiman, please visit our flower store.