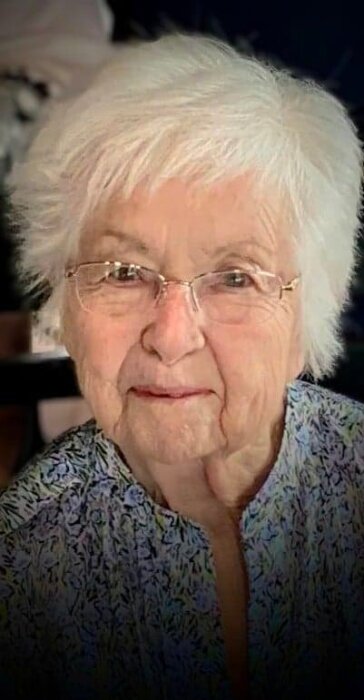 Bonnie was born in Polo, Missouri June 23, 1934 to Ora and Murrell Misner.  She graduated from Winston Missouri high school in 1952.

Bonnie retired from North Kansas City school district after a long career as an elementary school secretary. After retirement Earl and Bonnie enjoyed winters in Arizona, fishing in Branson and traveling all over the United States with the trailer.

Bonnie is survived by friends from Antioch Bible Baptist Church, where she was a member, as well as the Nashua Baptist Church, NKC School district retired secretaries group, TWA retirees group and many long time friends.

In addition to her parents, she is proceeded in death by husband of 64 years, Earl; sons, Greg and Mark Weese; and sister, Lavenia Lynn.

Services will be held at Terrace Park Funeral Home and Cemetery on June 10, with visitation from 10 am to 11 am, immediately followed by funeral service and burial.

To order memorial trees or send flowers to the family in memory of Bonnie Weese, please visit our flower store.