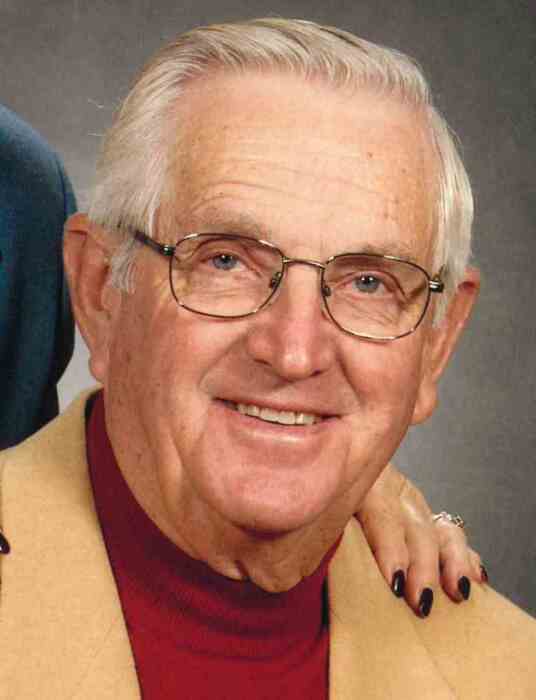 Carl W. Pollard, 88, Excelsior Springs, passed away May 5, 2020.  A graveside service will be held at 1:00pm on Saturday, May 9, at Woodland Cemetery, Prathersville, preceded by a visitation from 10am-12pm at Terrace Park Funeral Home.  The city mandated limit of ten visitors in the facility at one time will be enforced, and social distancing is highly recommended.  In lieu of flowers, memorial contributions are suggested to Liberty United Methodist Church or to the Alzheimer’s Association.

Carl was born on June 12, 1931 in Polo, Missouri, to Bert and Belle (Hootman) Pollard and was a graduate of Polo High School.  After high school, he enlisted in the Air Force, where he served for four years and was a veteran of the Korean War.  He then went to work for TWA as a lead mechanic, and had also been an instructor and a recipient of the President’s Award, which he was honored to travel to New York to receive.  Carl was also a lifelong livestock and crop farmer in Polo and Excelsior Springs.

Carl was a longtime active member of Liberty United Methodist Church, where he devoted much time and energy into various endeavors, including upkeep and beautification of the church.  He was an avid softball player, serving as pitcher and manager for the TWA softball team and traveling to Minnesota and Arizona, playing until he was 65 years old.  At his last game, there were three generations of his family playing in the same game together.

Carl was a hard-working, devoted family man who will be greatly missed by his many friends and loved ones.  Condolences for the family may be left at terraceparkfuneralhome.com

To order memorial trees or send flowers to the family in memory of Carl Pollard, please visit our flower store.