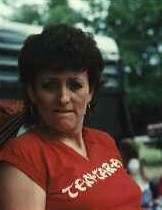 Mrs. Lauf was born on December 13, 1942 in Ainsworth, Nebraska to Everett and Irene Smith. She was raised on a working cattle ranch and was quite a horse lady. She was married to Gary McCormick October 1, 1960. They raised two sons and two daughters. They also operated a very successful entertainment center in Burlington, CO. Carol moved to Kansas City in 1985. It was there that she met and married her present husband, Donald. The two were united on January 25, 1987. Together, they operated a small truck company and a tax preparation business. She was very active in supporting her church and helping anyone that needed support. There was hardly a time that anyone would wonder where she was from, as she always was sporting Nebraska gear. Most people called for her by saying, “Hey, Nebraska.” Carol was one of those special people that come along only once in a lifetime, such a beautiful lady in so many ways.

To order memorial trees or send flowers to the family in memory of Carol Lauf, please visit our flower store.