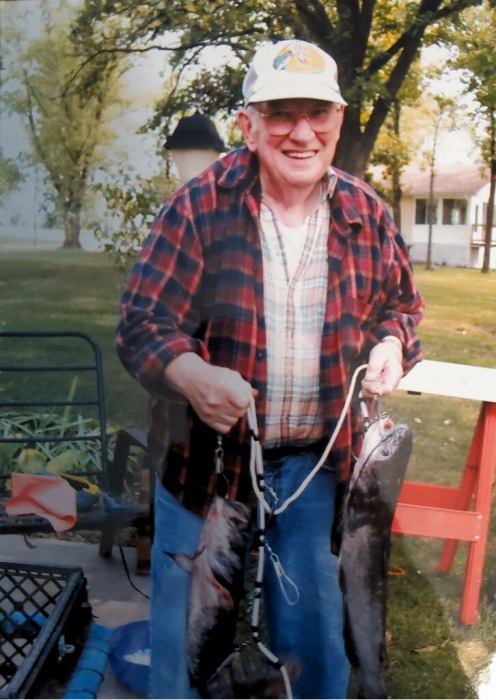 Charles was born on August 9, 1932 in Indianapolis, IN to Charles Sr. and Lenora Overman. During his youth, his family attended Tabernacle Baptist Church where he met the love of his life, Elnora Buis. They both attended public school 67. He graduated from Washington High School in 1950. Soon after graduating, Charles began working in the printing business in Indiana. He and Elnora later moved to the Kansas City area where they raised their family and he continued working as a journeyman pressman until he retired after 45 years. Charles started every day with a cup of coffee and two of Elnora’s homemade chocolate chip cookies. In his free time, he enjoyed hunting, fishing, woodworking and spending time in his garden.  Family was always the most important part of his life. He was quick with a smile, sharp with his wit, and always ready to lend a helping hand.

Charles is preceded in death by his parents and sisters, Shirley Bechert and Martha Patrick.

To order memorial trees or send flowers to the family in memory of Charles Overman, please visit our flower store.