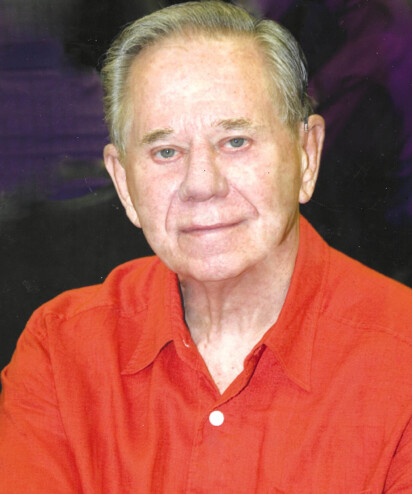 Charles Patterson, of John Knox Village in Lee's Summit, Missouri (formerly of Kansas City North) has joined his Heavenly Father. He departed this world on November 18, 2022.

Charles was born on August 13, 1930 in Kansas City, Kansas to Charles and Thelma Patterson. He attended Northeast High School. While in high school, he participated and was a contender in the Golden Gloves.

Following high school, he worked for Wolferman's and General Motors. He joined Ford Motor Company at the Claycomo plant where he worked for 35 years and became Operations Manager.

Charles has fond memories of one of his first cars - a black Mercury convertible with leopard skin seats and large horns on the front. He received many admiring looks when he drove that car and sounded the horns.

Charles was a lifelong member of Independence Blvd Christian Church for over 60 years. He sang in the choir and served as an elder, deacon, and treasurer of the church council for over 18 years.

Charles will be missed by his family and friends and will be remembered for his wisdom, hard work, and gentle laugh.

Funeral services will be at Independence Blvd Christian Church on November 26, at 10:30am, with visitation preceding the service beginning at 10:00am.

To order memorial trees or send flowers to the family in memory of Charles Patterson, please visit our flower store.