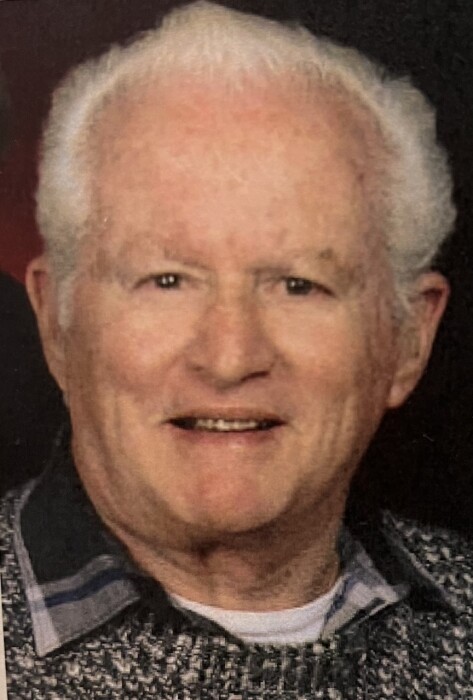 Charles Joseph Dugan, Jr. MCPO Aviation Survivalman (Ret), 90, of Kansas City, MO, passed away on October 30, 2022. He was born on September 23, 1932, to the late Charles Joseph and Kathleen Nancy Dugan in Akron, Ohio.

He spent his youth in both Roseville and Mt. Clemens, MI, and graduated in 1950 from Saint Mary High School. He then joined the military on April 01, 1951.

Charlie entered the Coast Guard in 1955 after four years in the Navy. He had tours of duty at St. Petersburg, FL; San Juan, PR; Kodiak, AK; Elizabeth City, NC; Barbers Point, HI; Cape Cod, MA; CG Institute in Oklahoma City, OK; and the Aviation Training Center in Mobile, AL.  Charlie was a proud Search and Rescue crewmember on nine different Coast Guard aircrafts in his thirty years of service. He participated in many open-sea landings and helicopter hoists to save mariners, earning the rank of Master Chief prior to his retirement.

In the 1960’s and 1970’s, Charlie was a top marksman with a pistol on the USCG teams, winning state titles in Florida, Alaska, Massachusetts, Hawaii, Puerto Rico, Oklahoma and Alabama. He was the only Coast Guard member at the time to be invited to the Olympic game tryouts for Pistol.

Charlie is survived by his wife of 22 years, Barbara; his son: Tim, in Las Vegas, NV; a sister: Susan Swierzcynski, in Roseville, MI; and a sister: Kathy Collins, in Charlotte, NC; as well as his stepdaughters: Janet Holm, in North Kingston, RI and Rebecca (Don) Mason.

He was preceded in death by his daughter Debra Connaway of Astoria, OR, and his stepdaughter, Nancy Davieaux of Sault Ste Marie, ON, Canada.

Services will be held at Gracemor Christian Church, Disciples of Christ: 5600 NE San Rafael Dr., Kansas City, MO  64119, on Monday, November 14th. Military Funeral Honors will begin at 5:00 PM, followed by a memorial conducted by Reverend Cliff Hubbard.  A U.S. Coast Guard burial at sea will be conducted at a later date.

To order memorial trees or send flowers to the family in memory of Charles "Charlie" Dugan Jr., please visit our flower store.