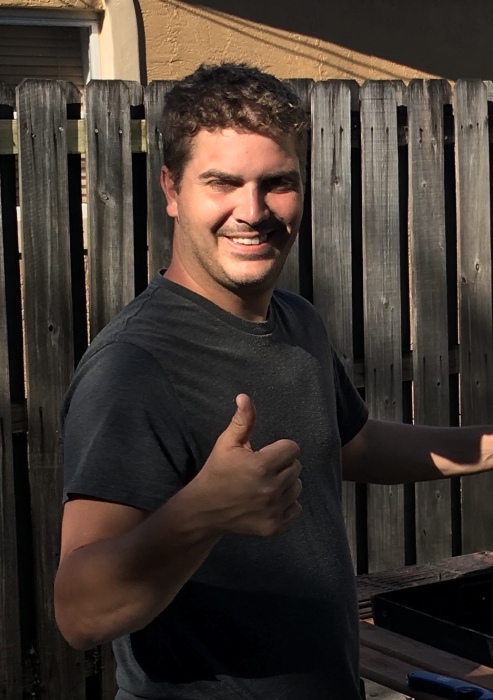 Craig Myer, age 35, tragically passed away on August 1st from an accidental drowning at his home in Sunrise, Florida.   Craig was born in Atchison, KS to Frank and Christy Myer and grew up in Rushville, DeKalb, Gower, and Smithville areas.  He graduated from Smithville High School in 2004 where he enjoyed playing soccer, acting, being with friends and family.  He married Jena Street in 2012 and moved to Sunrise, Florida to begin an exciting new adventure.  Shortly after arriving in Sunrise, he began working for Shred-It where he was known for his dedication and exemplary work ethics and led as the Swing CSR.

Craig was a fun loving sports guy and was deeply committed to the Kansas City Royals.  He also enjoyed his dogs, jet skiing, fishing, golfing, playing pool, darts, trivia, and was a true Grill Master.  Craig was a movie and music fanatic and could quote many lines of a movie after watching it only one time.  Friends and family will remember him as loving, loyal, strong, thoughtful, and always pulling for and defending the underdog.

A Celebration of Life will be held on Saturday, 8/14, at 11:00 a.m. at Terrace Park Funeral Home & Cemetery in the Lakeside Chapel, 801 NW 108th Street (Shoal Creek Pkwy), Kansas City, MO 64155.  The family would like to thank everyone for their love, prayers and support.  It truly makes a difference.

He will be greatly missed by his wife Jena, his parents Dan and Christy Rush, Frank and Pam Myer, his brothers Brandon Myer (Angie), Travis Myer, Jason Rush, Derek Rush (Shelley), mother-in-law Debbie Street, sister-in-law Ally Stewart (Marlon), numerous aunts, uncles, nieces, nephews, cousins, and friends.  Due to Craig’s love for dogs, in lieu of flowers, donations can be made online to KC Pet Project at kcpetproject.org/donate, scroll to find General Donations and check the In Memory box and note Craig’s name.  You can also make the donation by calling 816-683-1345 or sending a check to KC Pet Project at 7077 Elmwood Avenue, Kansas City, MO 64132.

To order memorial trees or send flowers to the family in memory of Craig Myer, please visit our flower store.