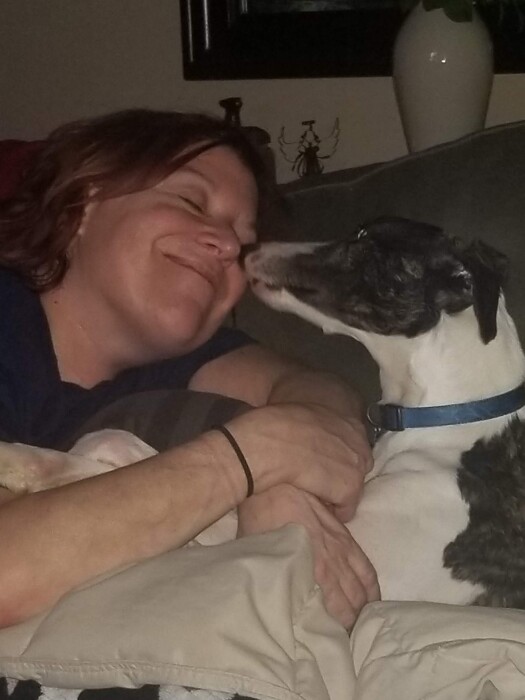 Danielle Lee Elam-Jobe, 48, of Kansas City, MO passed away on Wednesday March 17, 2021. She was born on May 12, 1972, in Great Bend, Kansas to Dennis and Eugenia “White” Elam. She was raised in Garden City, Kansas. She graduated from Garden City High School, class of 1990 and went on to study Criminal Justice at the University of Central Missouri. She met the love of her life, Bryan Jobe, at Garden City Community College.  After dating awhile, Danielle & Bryan were married on September 21, 1996. Once married they continued their schooling at UCM where she received a bachelor’s degree in 1998.  After completing her degree, she continued her educational journey at the University of Missouri, Kansas City, Law School, where she received a Judicial Doctorate in 2005 and became a member of the Missouri Bar. She was also a 2-time national pistol champion.  She always had excellent aim for what she wanted.

Danielle found her first career employment with a corporate law firm, working in family law, where she embarked on her career. Danielle was also a member of the American Criminal Justice Organization of the Garden City Chapter, Tau Epsilon Lambda. She was a volunteer EMT for Garden City, Kansas. Danielle had a passion for Karate and actively practiced the martial art form through high school and college. Most family and friends would say Danielle was a lot like a superhero; always there to help and serve her community. She gave tough love when needed, but she wanted to make her client’s lives better.  She loved her family.  She had a strong relationship with her sister.  She was especially supportive to her while Brianna battling cancer. Family was everything to Danielle.

Later in her career, Danielle switched her focus from family law and went to work for Legal Aide of Western Missouri.  She chose to fight hardest for her clients that suffered from domestic violence, drug/alcohol abuse, homelessness, and mental health issues.  She would even pack items in her car to provide to homeless or indigent members of the community that she encountered in her off time as she went about her daily tasks, to ensure they were being cared for as well. She was always put service above self in all aspects of her life.

When Danielle was not saving the world, you would find her reading a Stephen King novel.  She had a soft spot for her fur babies. She also loved cooking, and every Sunday you would find her in the kitchen watching the Food Network and Chiefs football, drinking a Miller Lite, and making the most amazing dishes for her family. Danielle will be greatly missed by all.

To order memorial trees or send flowers to the family in memory of Danielle Elam-Jobe, please visit our flower store.