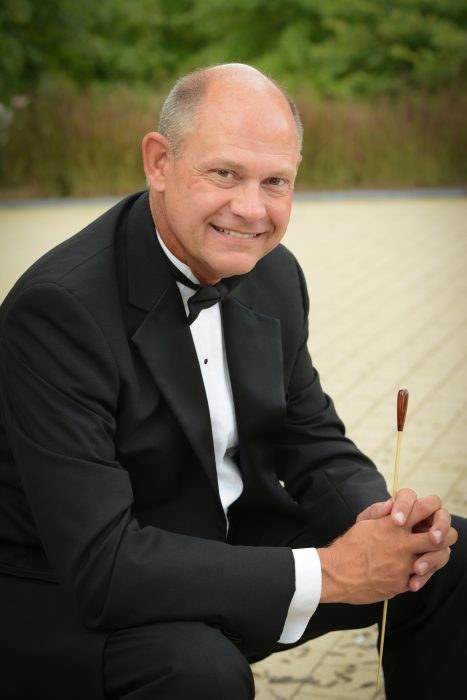 Danny James Watring, 56, born June 28th 1963, passed away at his sister’s home in Kansas City, MO on May 24th, 2020. Danny was a beloved father, partner, brother, teacher, friend, and inspiration to hundreds of students across the KC Metro area. He is preceded in death by his parents, Virginia Louise Watring (née Dittmer) and James Earl Watring. He is survived by his two daughters, Devan Watring and Madison Fritts (née Watring), and his sister Marsha Hawkins. Danny also leaves behind his love Sarah Ehlers, Sarah’s daughter Carly Ehlers, and innumerable friends.

Danny was born and raised in Sedalia, MO, where he attended Smith Cotton High School. He earned a BA in Music Education at the University of Central Missouri, followed by a Master’s in Educational Technology from MidAmerica Nazarene University. Second to his family, Danny’s greatest passion in life was music. For 30 years Danny worked as band director and music instructor at Liberty, Oak Park, and Grandview High Schools, in addition to working with students at Grandview Middle School. In this line of work, Danny and his pupils flourished. His marching bands, symphonies, concert bands, and jazz bands regularly received superior ratings at District/State Music Evaluative Music Festivals, MOAJE sanctioned Jazz Festivals, and area marching band competitions. Danny also taught adult students in his capacity as an instructor of Jazz at Penn Valley Community College, Associate Professor of Percussion at Northwestern Missouri State University, and conductor in the Northwinds Symphonic Band. In addition to his teaching and competing, Danny dedicated many years of his life to service in the profession, serving as All-State adjudicator for eleven years, as well as multiple area High School activities committees. Recently, Danny received the 2020 MOAJE Outstanding Jazz Educators Award, and was inducted into the Smith Cotton Hall of Fame.

As a Missouri Ambassador of Music, Danny traveled all over Europe, conducting bands in England, France, Switzerland, Germany, Austria, among other locations. Occasionally he was able to bring one of his daughters along with him—trips that they remember with deep fondness. When Danny was not teaching or playing music (a rarity) he could still be found serving the people of the Kansas City area in his capacity as a golf coach. He was a skilled golfer, winning something at nearly every tournament he competed in. And though he seldom admitted to his own level of professional skill, his family attests that he simply allowed his sharp athletic attire to speak for itself.

Despite leading a healthy and active lifestyle (as we so often learn, such things are largely out of our control), Danny was diagnosed with stage four lung cancer at the age of 54. During his two-and-a-half-year battle with the illness, he displayed an incredible amount of courage, hope, perseverance, and strength of will. He also continued to conduct orchestral events for the Northwinds Symphonic Band, showing his refusal to allow cancer and despair to overcome him. Danny will be deeply missed by all of us whose lives he touched, and we look forward to seeing him again one day.

A private visitation is being held Saturday, May 30th for family members and invited friends and guests. A ‘Celebration of Life’ is being planned for a later date for all to attend.

Contributions may be made in memory of Danny to the NorthWinds Symphonic Band Scholarship for the Young Artist Solo Competition.

To order memorial trees or send flowers to the family in memory of Danny Watring, please visit our flower store.