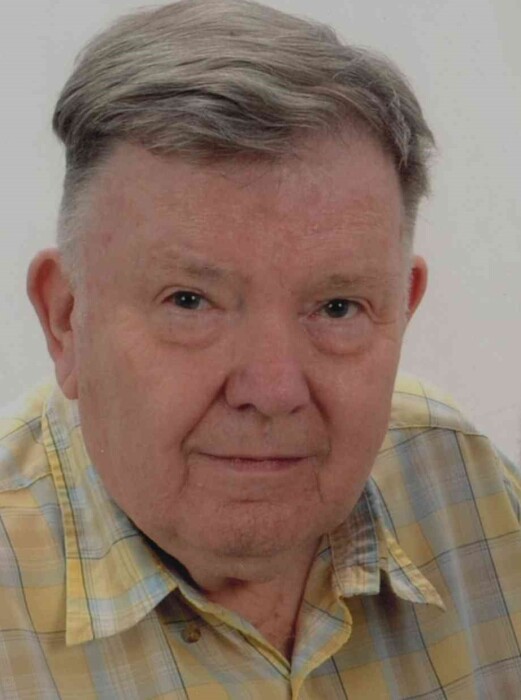 David Marvin Schnack, 84, a beloved husband and father, passed away on July 12, 2021.  Visitation will be held on Thursday, July 15 from 1-2pm followed by services at 2pm, all at Terrace Park Funeral Home.  Burial will follow at Terrace Park Cemetery.  Memorial contributions are suggested to the Liberty Christian Church Food Pantry. Services will be livestreamed (see below)

David was born on September 5, 1936 in Clinton, Iowa, to Marvin and Annine Schnack.  David served in the U. S. Navy for three years of active service and five years in the reserves on the USS Joseph Patrick Kennedy in the Persian Gulf.  He married Janice M. Garner on April 17, 1965 and they had two children, Karyn M. (Schnack) Langston and Jonathan D. Schnack.

David worked briefly for Boeing before beginning a career at TWA that lasted for 32 years.  He was very active in his community:  he was a member of the Disciples of Christ Christian Church and many Christian men’s groups, the Stephens Ministry, the Kansas City Metro Men’s Chorus, the Lion’s Club, the Boy Scouts of America Tribe of Mic-O-Say, and the Tin Can Sailors.

David never knew a stranger and could talk to anyone and would always help anyone in need.  He knew more trivia and miscellaneous facts than anybody.  He will be dearly missed.

In addition to other family members, David was preceded in death by his beloved Aunt Til, Lillian M. Schnack, who raised him and was a very special part of his life.

To order memorial trees or send flowers to the family in memory of David Schnack, please visit our flower store.