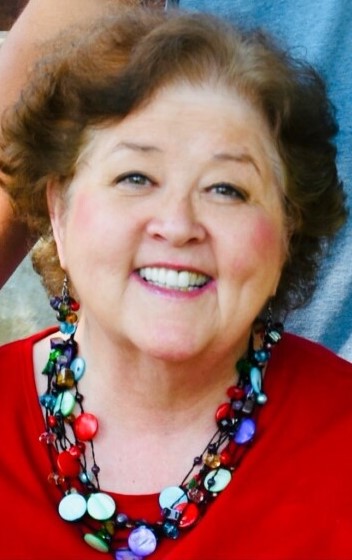 Debra Anne Walsh, 65, of Kansas City, passed away Nov. 30, 2020. An open, mask mandated, graveside service with full military honors will be held at 10 a.m. Monday, Dec. 7, at Terrace Park Cemetery. In lieu of flowers, memorial contributions in Debra’s name may be made to Catholic Charities of Kansas City.

Debra was born April 22, 1955, in Huron, South Dakota, the oldest of eight children born to Clifford “Cliff” and Kathryn “Kay” Walsh. She grew up in Sioux Falls, South Dakota, attending Christ the King School, St. Mary Grammar School and O’Gorman High School. After high school, she attended Creighton University in Omaha, Nebraska, where she received her Bachelor of Science degree in psychology. Following graduation, Debra attended Presentation Heights College in Aberdeen, South Dakota where she became a registered nurse and later practiced at Plankinton Training Center and Avera Health in South Dakota before joining the U.S. Air Force, ultimately attaining the rank of Captain. After her military career, Debra continued her work as a nurse at Visiting Nurse Association of Kansas City.

She married John F. Harrington, Jr., on Dec. 17, 1990. Debra, who rarely missed Connor’s school events – especially his football games, was known to her son’s teammates and friends as the ultimate “football mom”. They loved her like she was their own. Debra’s “love language” was food. She loved creating holiday feasts, setting up celebration buffets and trying new recipes to take to family and friends’ homes. She rarely missed an event with family and extended family, particularly gatherings with her “sissies” and mom.

Some words from Connor about his mom:

Today, heaven gained another angel at the hands of this awful virus. My Mom was well known and loved by many. She made so many people happy and was always there for them. There are not enough words to express how much of an impact she’s made on my life as well as many others. Everyone loved to be around her.

She was an amazing woman, mother, sister, grandmother and aunt. She was very passionate in her efforts as a nurse and cared deeply for those in poor health, especially those less fortunate than others.

I am so thankful she was able to dance with me at my wedding and meet my daughter before she passed. She loved Noah so much and did so much for her, Dakkota and me. I will do my best to continue her legacy and carry on with life as I know she would want me to.

Mom, I love you so much and will miss you dearly, but I am thankful that your suffering is over. You now get to be with Grandpa, Father Mahowald and everyone else who has passed. I know Grandpa will be so happy to see you and welcome you to heaven with open arms.

This holiday season, hug your loved ones extra tight, especially those who are older, for you never know if this might be the last holiday season you spend with them.

To order memorial trees or send flowers to the family in memory of Debra Walsh, please visit our flower store.