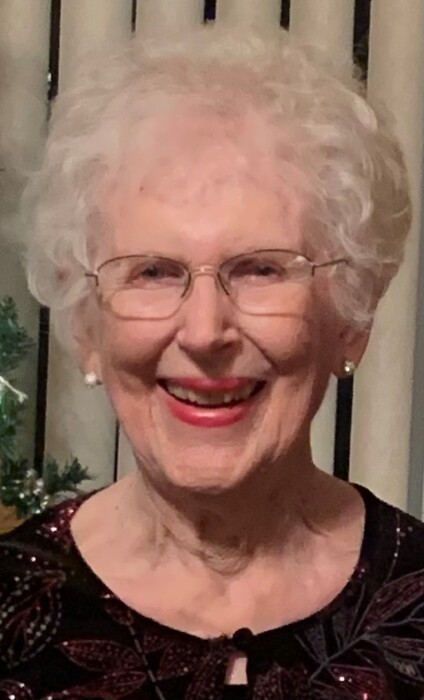 Delores was born on April 14, 1936 in Pierce City, MO. She was the oldest of four daughters born to Erwin and Regina Meyer. She spent her childhood growing up on her family’s farm in Lawrence County, Missouri. Soon after graduating high school as valedictorian, Dee, moved away from the small German community to Kansas City, where she met the love of her life, William “Bill” Hogle while they were working at TWA. It was only six weeks later that the two were engaged and then soon after married on July 10, 1960. From this marriage they had two children. She stayed home, caring for her family until her children were older. She then began working at Farmland, until she retired after 20 + years. Dee was an avid reader, a talented quilter and seamstress, and a fantastic cook – making baked goods, brisket, and even “the best” peanut butter and jelly sandwich, according to the kids in her neighborhood. Dee is preceded in death by her parents and will be fondly remembered and greatly missed by her husband, William “Bill” E. Hogle.; children, Diana (Kim) Connelly and William “Bill” J. (Vickie) Hogle; grandchildren, Sarah (Branndon) McElroy, Sean (Sarah) Connelly, W. Chandler Hogle, and Kathryn Connelly; great grandchildren, Lorelei and Orlin Connelly; and sisters, Mary Ann Daughtery, Sharon Curtit, and Betty Sawyer.

The visitation will be held at King of Kings Lutheran Church on Thursday, June 3rd from 5:00PM to 8:00PM. Funeral services will be held at the church on Friday, June 4th at 10:00AM, followed by the burial at Terrace Park Funeral Home. In lieu of flowers contributions may be made to LUMA (Lutheran Urban Mission Agency) or Children’s Mercy.

To order memorial trees or send flowers to the family in memory of Delores Hogle, please visit our flower store.