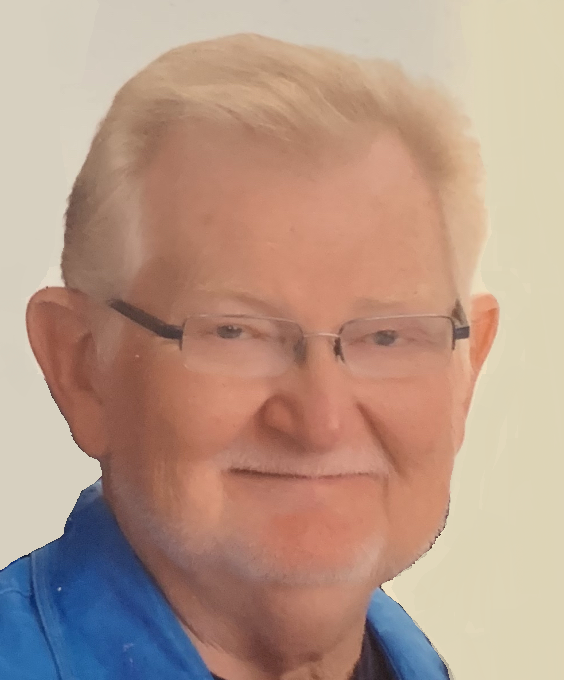 Dennis Gerald Jansen, 77, of Kansas City, MO, passed from this life Friday, February 18, 2022, at NorthCare Hospice House, North Kansas City, MO, after three major surgeries from September through February.  Born on September 6, 1944 in Sac City, IA, to Leo “Lee” Jansen and Genevieve Alta Oldnettle Jansen.  He grew up in Deloit, IA and graduated from Denison High School in 1962.  After graduating from Barber College in Sioux City, IA, he worked for Bilsten’s Barber Shop, and owned and operated Bushwhacker’s, both in Denison, IA.

He married the love of his life, Linda Kneller, on August 4, 1968, at the Lytton Presbyterian Church, Lytton, IA and they celebrated their 53rd anniversary in 2021.  We were blessed with our son, Brady, and he has blessed us with three grandsons, Kalan-22, Michael–6, and Matthew, who passed away in 2020 at 7 months.   Brady married Diana Oczkowski on June 27, 2014.

Dennis moved his family to Kansas City, MO in 1985, instantly becoming fans of Chief’s football and Royal’s baseball.  Dennis taught at the Missouri Barber College before working for the Famous Barber Shop in Platte Woods, MO.  Dennis became the owner/operator of this shop in 1990.  Dennis was a storyteller and he loved to hear the stories of customers from all walks of life; they enriched his life as well. Reluctantly, Dennis retired in December 2020 due to health reasons.

A hobby and part-time business, Dennis represented Classic Parts of America at car shows and swap meets from Texas to Wisconsin, Minnesota, Iowa, Kansas and Missouri on weekends.

Dennis was a member of Platte Woods United Methodist Church for 33 years.

Dennis was preceded in death by his father and mother, Lee and Genevieve Jansen, father-in-law and mother-in-law Gene and Betty Kneller, infant brother, Timothy, and infant grandson, Matthew.

In lieu of flowers, the family requests donations be made to the

A Celebration of Life will be held at Terrace Park Funeral Home on Monday, February 28th at 10:30, with a reception following in the main chapel. The memorial service will be available via live stream and recording at https://event.forgetmenotceremonies.com/ceremony?c=30935d44-f0a0-4400-be5e-bdc5991935a0 .

To order memorial trees or send flowers to the family in memory of Dennis Jansen, please visit our flower store.