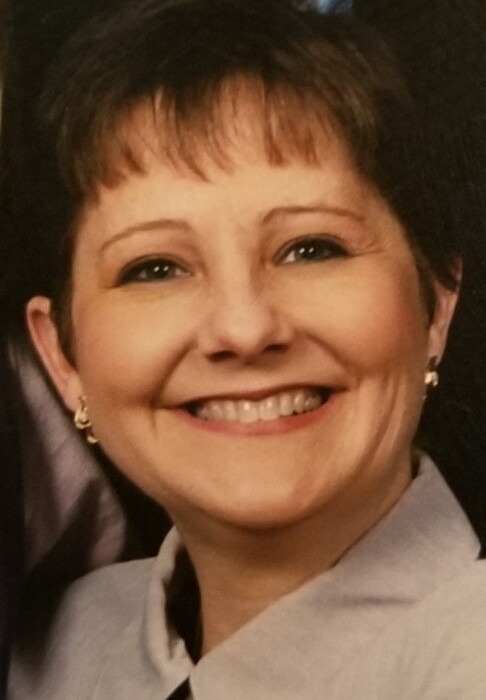 Diana Gretchen Jackson went to be in peace with the Lord, March 26, 2022. Diana was born Diana Gretchen Smith on March 02, 1961 in Chicago Heights, IL. She was the youngest member of a military family and moved across the country as a child. Her family eventually moved to the Kansas City area.

As a child and throughout much of her life, Diana was faced with several severe medical conditions. She was a very strong and confident person and worked hard to persevere and cope with them, never complaining. She always had a smile for everyone and few people knew of her struggles. She had a very strong relationship with God.

She married the love of her life Robert (Bob) Jackson on August 16, 1997. She loved rock and Celtic music and was a big fan of Def Leppard and the Moody Blues. She spent most of her working career at the Environmental Protection Agency working with compliance assistance and enforcement programs.

Diana had one daughter, Rachel Reid and one step daughter, Nicole (Jackson) Roberts. She was very active with Rachel’s school activities and was a true inspiration to both girls. She was always very proud of their accomplishments.

She loved spending time with her two granddaughters; Hailey and Emily Roberts, playing games and completing various projects with them. Diana was an avid animal lover and almost always had dogs, all which loved her dearly. Diana loved poetry and was a big fan of sugar skull art. She also enjoyed the travel which she and Bob did during retirement.

She was preceded in death by her parents: John N. Smith, Sr., and Roberta G. (Nerim) Smith. She is survived by her husband, Bob, daughter: Rachel Reid (Michael Phillips), stepdaughter: Nicole (Nick) Roberts, granddaughters: Hailey and Emily Roberts; brothers: John N. (Twyla) Smith, Jr., David (LeAnn) Smith, her faithful bulldog: Katie, as well as many nieces, nephews, and other relatives, and many friends.

In lieu of flowers, contributions may be made to the Friends of the Parkville Animal Shelter (parkvilleshelter.com), or the Metropolitan Organization to Counter Sexual Abuse: MOCSA.org

To order memorial trees or send flowers to the family in memory of Diana Jackson, please visit our flower store.