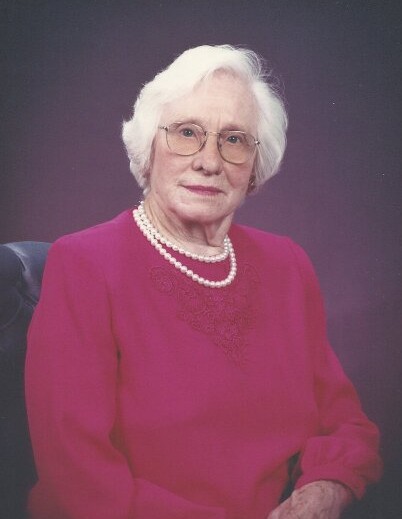 Dorothy was born on November 24, 1922 in Rockport, MO to Lester and Margarette (Harmes) Byrom. She married Elrie (Doug) Douglas in November of 1941, just prior to the US entering World War II.  She loved Tennis and played often in her youth.  She would watch tennis matches anytime she could. Dorothy was involved in Cub Scouts and was a Den Mother.  She was also involved in Boy Scouts and took immense pride that her sons all earned their Eagle Scout rank. Her interests included ceramics, various crafts, reading, sewing and shopping for antiques.  She was especially talented with ceramics.   She was active in her Church, Garden Club and The Harmes Family Association. She was full of energy and even worked as a school bus monitor until the age of 93.  She enjoyed the “The Country”, the area around Fairfax, Mo, and visited family there often.  Dorothy lived life to fullest.  She did not let difficulties stand in her way and was always there when someone needed her.

She was preceded in death by her parents, her brother Duane Byrom, and her husband of 50 years, Elrie Henry Douglas, in 1992.

She will be deeply missed and forever remembered by her three sons: Gary (Karen) Douglas, Richard (The late Susan) Douglas, and Jeffrey (Peggy) Douglas; many grandchildren and great grandchildren, relatives and friends.

To order memorial trees or send flowers to the family in memory of Dorothy Douglas, please visit our flower store.