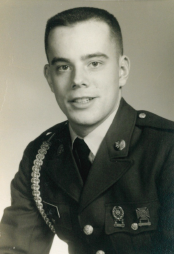 Edward Albert Klunder, 75, of Gladstone, MO passed away on August 6, 2020. Ed was born on April 22, 1945 in Chicago, IL to Ed Sr. and Wanda (Smith) Klunder. As a child, Ed’s parents moved to Indiana, and then to the Kansas City area after his father started his own trucking company. Ed was a graduate of North Kansas City High School. Soon after graduating, he enlisted in the United States Army where he served for two years during the rioting in Panama. He went to live in Colorado Springs, CO where he began his career working for Toyota. He eventually returned to the Kansas City area and continued working for Toyota until he retired as a parts manager for one of their warehouses. Ed enjoyed the simple things and could often be found wearing one of his many plaid shirts and feeding the squirrels in his backyard. Ed is preceded in death by his wife, Shirley; son, Shon; and sisters, Beverly Weigand, Charlene Bassett, and Sandra Lou Klunder. He will be fondly remembered and greatly missed by his son, Shannon Klunder of Kansas City, MO; grandchildren, Shannon Jr. and Stephen Klunder; 5 great grandchildren; sisters, Sue Minks of Holt, MO and Brenda Holmes of Gladstone, MO; and many nieces, nephews, cousins, and friends. A private family service will be held at Terrace Park Cemetery.

To order memorial trees or send flowers to the family in memory of Edward Klunder, please visit our flower store.