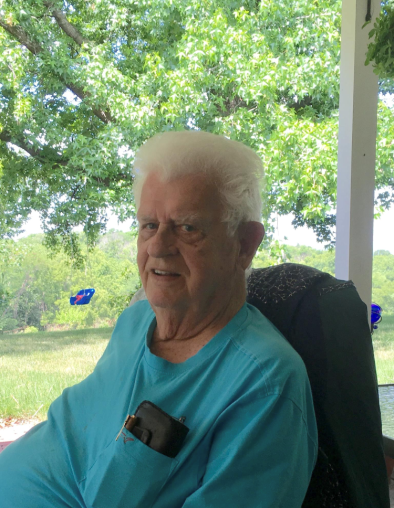 Eldon Nile Abbott, 92, passed away on March 8, 2022. Services will be held at Terrace Park Funeral Home & Cemetery on Tuesday, March 15 with visitation from 1pm - 2pm, followed by the graveside service and military honors at 2pm.

Eldon was born on October 19, 1929 in Winigan, Missouri to Earl and Carrie Abbott. He graduated from Green City High School and continued his education for a short time at the Chillicothe Business School. Eldon was a proud service member for the United States Navy, where he served as a Yeoman on an aircraft carrier in the Mediterranean from 1948, until his honorable discharge in 1952. He met his wife, Reva Gramling, while she was caring for his father and the two were married on June 5, 1954. They were blessed with three children. After his time in the service, Eldon began his lifelong career in banking and retired as Vice President and Cashier of Farmer's Exchange Bank in Parkville, Missouri. He enjoyed staying busy with trips to their lake house at Lake of the Ozarks, horseshoe pitching, bowling and singing in a Barbershop Quartet.  More than anything else, Eldon cherished being with family, especially his grandchildren. He was a longtime member of the Parkville Rotary Club as well as the Parkville American Legion Post 318.

To order memorial trees or send flowers to the family in memory of Eldon Abbott, please visit our flower store.