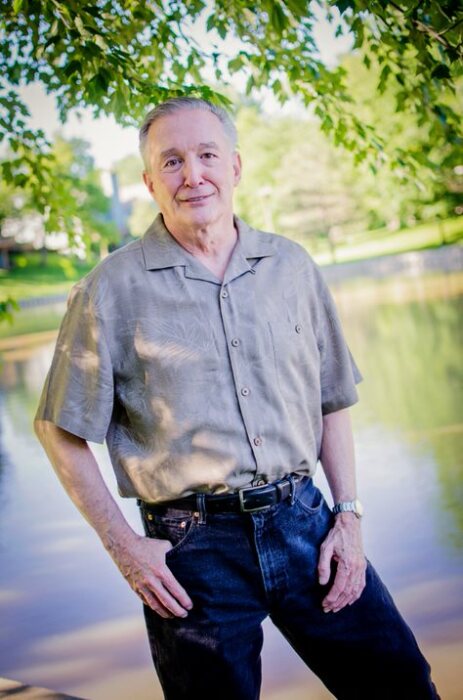 Dale was born June 29, 1943 in Falls City, Nebraska to Eva Virginia (Strough) and James Orville Richmond. During his 27-year career as a civil/structural engineer with Bayer Crop Science Division in Kansas City, Missouri, Dale worked on projects in the United States and Canada. Dale had creative engineering solutions to complex building challenges. A lifelong learner, he attended Metropolitan College in Kansas City and The University of Nebraska in Lincoln. On March 21, 1964, he wed Frances Louise Bellinger. They raised two daughters, Wendy and Brenda.

Dale was a brilliant mathematician and problem-solver. Wendy and Brenda follow his lesson of “What do you know, and what do you need to know?” He had a passion for computer programming and books on science, space, American history, and religion. Dale could fix anything and always did home-improvement projects. He had an interest in automobiles and model railroad. He completed half marathons and 5K races and enjoyed cycling. Dale loved hiking in Colorado mountains with his daughters. He appreciated nature’s beauty at National Parks and the thrill of riding in a helicopter that landed on a glacier in Alaska. Dale was an Eagle Scout. He was a youth group church leader and deacon.

Dale was preceded in death by his father, J.O.; mother, Eva; sister, Alice Eickhoff; and brother J.O. (Pete) Richmond Jr. He is survived by his wife, Fran; his two daughters, Wendy (Doug) Myers, and Brenda (Darrin) Reagan; his sister Patricia Scheitel; his brother, Gary Richmond; and his brother, Doug Richmond.

The family will have a private farewell. In lieu of flowers, donations may be sent to Children’s Mercy Hospital, 2401 Gillham Road, Kansas City, MO 64108 in memory of Dale Richmond.

To order memorial trees or send flowers to the family in memory of Francis Richmond, please visit our flower store.