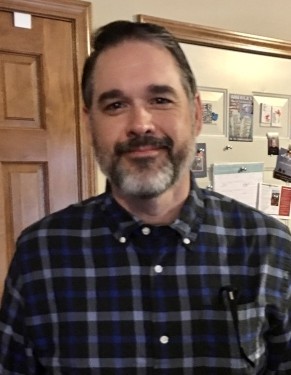 Earth’s loss is heaven’s gain.  Here is how Gary’s friends and family will remember him.

Christ follower.  Anyone who knows Gary will remember the hallmark opening of his almost each prayer:  “Oh gracious and mighty heavenly Father, . . . .”  His life bears evidence that he believed that.  His Lord was gracious, and he was gracious.  Gary’s workshop could double as a demo platform for all manner of manufacturers.  “Believe me, I’d really rather be making a big pile of saw dust” was a common phrase.  But he never met a tool he wasn’t eager to loan to friend who even *might* need it.  He was the president of All Systems, where he worked for over 22 years.  Look closely at its logo; you’ll see a reference to Isaiah 40:31. Gary was the same man at home, at the office, and in church.  His belief in the truth claims of the Bible and Christianity permeated all aspects of his life.

Husband.  Perhaps there have been couples more suited for each other; but it would take some time to find one.  Gary loved his bride, and everyone knew it.  He was tender to her, ever mindful of her well-being, always making sure she was comfortable.  He doubled her joy and halved her pain.  Gary was even-keeled and mild-mannered.  About the only way to disturb that signature calmness was to treat April badly.  “Husbands, love your wives, just as Christ loved the church[.]” Eph 5:25.  That’s a great deal of love, measured by extraordinary sacrifice.  But Gary seemed to.  Men who were around Gary learned to love their wives better, without Gary ever using words.

Father.  Anyone interested in seeing Gary’s eyes twinkle need only mention one of his children.  “How’s Grant doing in band?” would invite a response from one proud papa.  “Is school going well with Ravyn?”  He’d tell you how she’s killing it.  “Luke ready for football?”  Oh my, let me tell you.  He would beam with pride when talking about any one of them.  He loved them and they loved him.  “And you, fathers, do not provoke your children to wrath, but bring them up in the training and admonition of the Lord.”  That was how Gary fathered.

Sportsman.  Maybe there are other men who could name actual swordsmiths and have a room dedicated to swords made by them, but probably not nearby or in this century.  Gary did.  And he could tell you the pros and cons of the various fighting styles that each sword would be used for.  Want to try them out?  No problem for his buddies who would meet in his backyard the weekend after Halloween to properly slay pumpkins.  His affinity for swords was outshined only by his knowledge, appreciation, and respect for firearms.  He was as at home at a firing range and as he was behind a computer.

Friend.  “Do nothing out of selfish ambition or conceit, but in humility consider others as more important than yourselves.”  Phil 2:3. Gary took that to heart.  Gary’s schedule was never too busy to prevent lunches with friends.  And he didn’t wait for those going through rough patches to ask.  He would seek them out.  He could all, connect, and love on his friends, which made him a friend (though that was not his goal).

From the above, hopefully can tell the sort of man, son, and sibling Gary was.  While the time came for his body to leave, his legacy is permanent.

Memorial donations in Gary’s name may be made to Antioch Bible Baptist Church.

To order memorial trees or send flowers to the family in memory of Gary Venable, please visit our flower store.