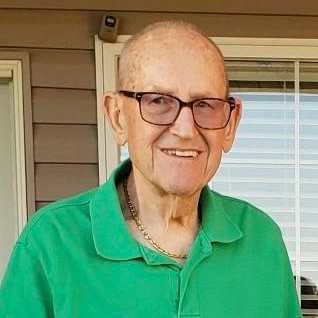 George R. Reilly, 87, of Weatherby Lake, passed away April 28, 2020.  A memorial service will be held at 1:00pm on Saturday, June 20th at Terrace Park Cemetery, Lakeside Chapel, with inurnment to follow.  Memorial contributions are suggested to the American Heart Association.

George was born on June 5, 1932 in Weehawkin, NJ to Floyd and Rose (Hess) Reilly.  He was a graduate of Teaneck, NJ, High School.  Early in his working life, George was a milk truck driver and a salesman for Sears before settling on his longtime career as a bus driver for Red and Tan Lines in Westwood, NJ, from which he retired at age 62 after over 35 years of service.  He had also worked at Honeywell until their closing.  He was a member of the Knights of Columbus and was a past president of the Red and Tan Union.

George married Therese Canzler on May 16, 1953.  After retirement, George and Therese moved to Weatherby Lake, MO, during which time they enjoyed traveling, were involved in AARP, the Golden Age Club, Silver Sneakers at the YMCA, and remained very active.   George attended First Century Church in Kansas City.

George was preceded in death by a brother, Arthur Reilly, and a sister, Loretta Loughlin.  He is survived by his wife, Therese; children:  Paul Reilly (wife Brenda) of St. Joseph; Robert Reilly (wife Lucy) of KCMO;  and Sheila Rechenberger (husband Walter) of KCMO; grandchilderen:  Jordan, Nicole, Robert, Therese, Jessica, Tricia, and Catherine; great grandchildren:  Atticus, Liberty, Rosemary, Winter, Abraham, Olive, Brent, Quinn, and Jacob.  He will be missed by all who knew him.

To order memorial trees or send flowers to the family in memory of George Reilly, please visit our flower store.