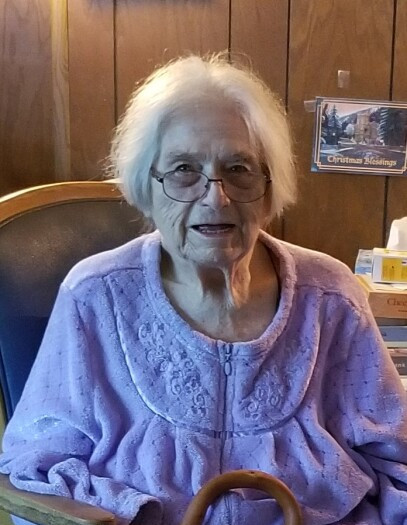 Hazel Louise (Biggerstaff) Reusch age 90 of Waverly, KS went home to be with Jesus on Monday, October 10, 2022. She was born July 6, 1932 in Boone, Iowa to William (Bill) Biggerstaff and Mabel Marie (Bownes) Biggerstaff.

She survived childhood polio. She was Valedictorian at Central Methodist in McPherson, KS. Her primary work was wife, mother, grandmother and greatma. She was a cook at Gracemore Elementry School. As an empty nester she worked at the USDA. Hazel was a faithful follower of Jesus and attended Liberty Church of the Nazarene while living in Kansas City. She attended Peniel Bible Church in Waverly, Kansas these last years. Hazels love ministry was sending birthday cards and other cards to her family and friends. Hazel and Harold watched the church nursery for many years and the children would call her grandma. She was a tremendous prayer warrior for her children, grandchildren, great grandchildren, nieces and nephews as well as her church family throughout her life and her prayers have protected many of their lives.

A visitation will be held at Terrace Park Funeral Home on Thursday, October 13 from 1:00 p.m. to 2:00 p.m., followed by a graveside service. She will be laid to rest alongside her husband, Harold at Terrace Park Cemetery.

To order memorial trees or send flowers to the family in memory of Hazel Reusch, please visit our flower store.