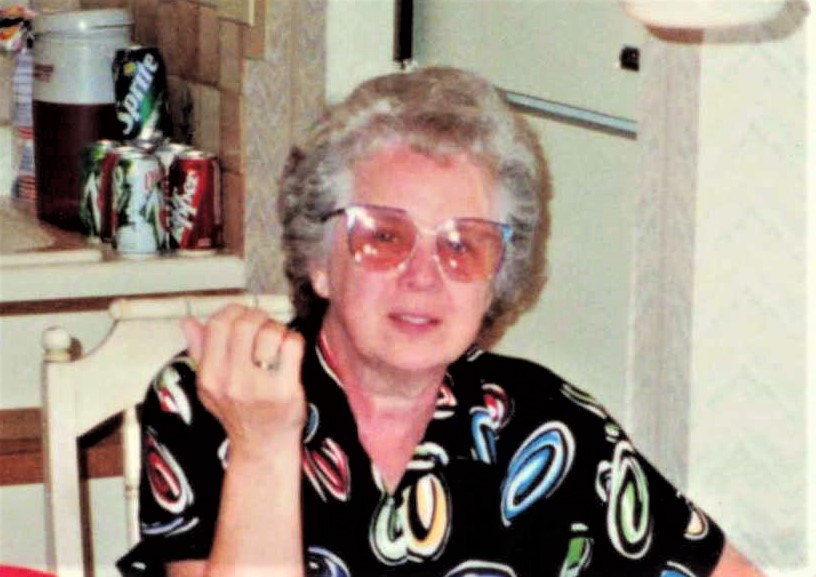 Helen was born on August 2, 1935 in Brooking Township (Lee’s Summit), Missouri to Walter “Tom’ and Alice Duncanson. In her early years, she grew up learning to work on her families dairy farm. She especially enjoyed driving the tractor and riding horseback. After graduating high school, she married William M. Joplin and from this marriage they were blessed with two children. Helen worked at Joann’s Café in North Kansas City, before she began her career as a medical assistant. She worked for Dr Reinhart for 32 years and was one of the very first women to become an osteopathic medical assistant. In her spare time, Helen enjoyed tending to her many plants, cooking and baking – she was especially known for her Rum Cake – trying her luck at the casino, which was usually very good – she had won multiple large jackpots and even a car -solving puzzles, and playing card games on the computer. Helen and Bill also spent a good amount of time volunteering for the Local 41 Teamsters Union, which she continued to do even after Bill’s passing in 2002.

Helen is preceded in death by her parents and husband. She will be fondly remembered and greatly missed by her children, William Joplin and Sheryl Hylton; 2 grandchildren and 5 great grandchildren.

A Celebration of Life will be held on Wednesday, December 28th, with visitation beginning at 1pm, followed by the funeral service at 2pm.

To order memorial trees or send flowers to the family in memory of Helen Joplin, please visit our flower store.