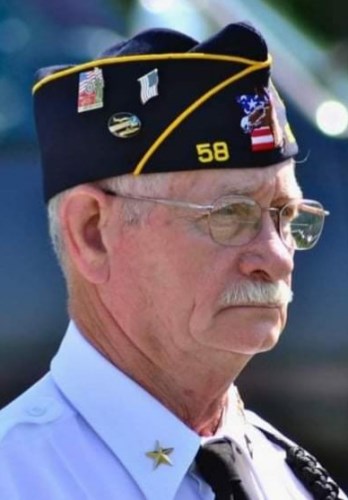 Our Poppa Howard was a proud Vietnam Veteran who served his country. He was a member of the Community of Christ Church in McAllen Texas, He served as pastor there for a short time. His love for the mountains and wilderness was his passion. He loved spending time at the cabin in the Ozarks with his boys and lived his life to the fullest. He married his second wife, Irma five years ago. She was his "sweetie" as he lovingly called her. Their short life together was one that was filled with love and laughter. Towards the end of his life, he shared he was ready to meet with our Lord. He was a true disciple of God, he touched so many people's lives through his prayers, sermons, and testimonies. He battled cancer for five years like a true warrior. When the time came, he entered God's Kingdom with such peace surrounded by family and friends. Thank you to everyone that has shared our pain and for all the prayers, love, and support. He is now HOME.

He is preceded in death by his first wife, Karan Hamilton; parents, Howard Alfred and Susie Lee Hamilton; and several siblings.

To order memorial trees or send flowers to the family in memory of Howard Hamilton, Jr., please visit our flower store.