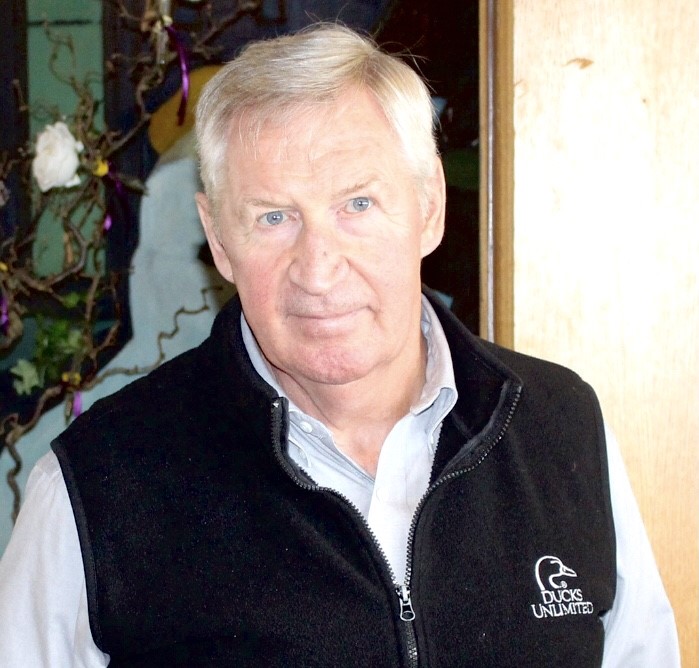 The oldest of seven children, Ib was born May 18, 1943 in Assens Parish, Denmark.

His love for agriculture came at an early age bicycling around to show his wares to surrounding housewives. His ability to sell carrots grown in the school yard and fish parts left in the bottom of boats in the nearby fjord for cat food exhibited an entrepreneurial spirit. He was raised at the Christian boarding school his parents had reformed into one of the most sought-after schools of its kind. By 14, the flirtatious young man had to be sent away from the school full of young ladies to work on neighboring farms. His mother died when he was 15 after a battle with cancer.

Ib would continue hoeing acres of sugar beets and caring for cattle on farms throughout Denmark, then Germany and finally England. Having come of age for his required military service, Ib returned to Denmark and was fortunate to be selected for the King’s Royal Guard at the palace.

Needless to say, he was a dashing sight when he returned home one weekend to meet the new foreign exchange student, Patricia Dettman from Indianapolis. So began a long-distance relationship as Ib completed his early years of college in Denmark before working on farms in Canada. He inched his way closer while doing master’s degree work at Purdue University, allowing Patricia’s parents time to establish a relationship with their future son-in-law.

Ib and Patricia were married on July 13, 1968 in Indianapolis. The young couple soon moved to Copenhagen where they remained until illness in Patricia’s family brought them back to the US.

Back in Indiana, Ib earned his second master’s degree and his PhD while Patricia completed her master’s program as they welcomed their first and second child. It was on a trip back to Denmark in 1976 that the family was in an automobile accident resulting in the death of their 18-month-old son, Scot.

First in Illinois, and later New Jersey, Ib worked in all aspects of animal science, becoming the top multi-species technical advisor for a global nutrition firm. During this time, the couple lost another child, this time to stillbirth, and suffered multiple miscarriages. In 1981 they welcomed their adopted daughter from Korea.

Ib was equally proud to become a US citizen in May of 1981 as he was to hold his daughter for her naturalization two years later. Although the smaller family size was not what they had hoped for, Ib was a devoted husband and father. He always encouraged his daughters with “physics my dear” to impress upon them that there was always another way to tackle problems.

The family settled in Gladstone, MO in 1984. Ib would quickly turn the lowest performing KS and MO markets for Hoechst into its top-producing region, becoming known to everyone as “The Great Dane” in order to save people from having to pronounce his name.

Until his death, Ib could still walk into most feed stores or onto many farms in the region and have long-time owners rush out to greet him. His fondness for storytelling and jovial manner instantly relaxed new acquaintances. Over a decade of international consulting in Asia, the former Soviet Republics, and Central America, as well as work on American Indian reservations, Ib was constantly making life-long friends.

Ib and Patricia have been an integral part of Gashland Presbyterian since their arrival in Missouri. This congregation has been an extended part of their family and allowed them to make even more friends around the world and have an impact on many lives.

In the early 2000’s, Ib transitioned to organic inspections and consulting, becoming a devoted proponent of more humane and “like Grandma used to garden” methods, again guiding through storytelling to help hundreds of farmers convert to organic practices.

After severe health setbacks two years ago, Ib began improving with the integration of “alternative” along with conventional medical treatment. His sudden death on April 27th was therefore a surprise to those who had watched him beating the odds in his nearly eight-year battle against multiple myeloma.

He was preceded in death by his parents Kresten and Marie (née Jakobsen), brothers Dan and Od, and son Scot and stillborn daughter. Ib is survived by his wife of 53 years, Patricia, and their daughters Ellen and Lisa in the US; as well as his mother, Hilda, and siblings Bo, Kirsten, Birgitte, and Lars in Denmark and Helga in Germany, and their families.

To order memorial trees or send flowers to the family in memory of Ib Hagsten, please visit our flower store.