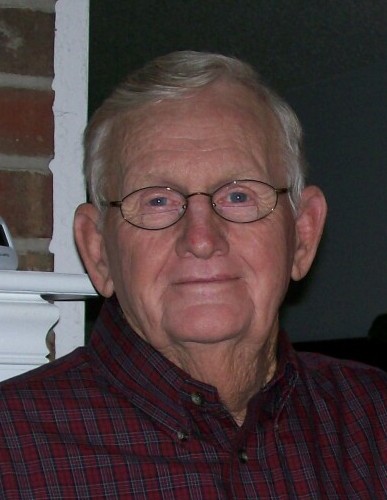 James Edgar Morris, age 89, of Kansas City, Missouri, passed away June 7, 2020 after a long and courageous battle with leukemia, surrounded by his loving family.  A visitation will be held on Thursday, June 11, 2020 from 10:00 – 11:00 a.m. followed by a memorial service at 11:00 a.m. at Terrace Park Funeral Home.  During this unfortunate time with COVID-19, the family requires everyone to wear a mask and social distance for everyone’s health and safety.

Jim was a beloved husband, married to the love of his life, Barbara Ann Morris, for 68 years.  Jim and Barbara were high school sweethearts from Lucerne, Missouri. He was born to Jasper Ota and Hattie Morris in 1931 in Lucerne.

Jim served his Country as a Sergeant in the Army during the Korean War from May 1952 – 1954 and was stationed at Ft. Bliss in El Paso, Texas.  After his military service, he narrowed his work interests and attended a trade school to become an electronics technician.  His trade took him to a few positions, but none more memorable than his career with TWA where he retired in 1992.

His love of adventure along with his job with TWA, afforded Jim and his family so many wonderful trips that we will all remember forever.  Jim loved to take family and friends water skiing summer weekends.  He was a very good snow skier, and was a master at woodworking projects where he made many keepsake doll houses, trains, horse stables and a 1st Place Pinewood Derby car for his precious grandchildren.

Golf was his favorite sport, and he missed being able to golf in his final days.  The golf clubs would go in the back of his prized El Camino, and off he would go to enjoy a round with family or friends every chance he had.

Jim always kept his priorities straight, and was a devout Christian and loved the Lord.  He served for many years as an Elder at the Gashland/Nashua Church of Christ.  After the Lord, his family always came first.  He was a devoted husband to Barbara, and a precious Father to his three daughters, Brenda, Lu Ann and Teresa.  He found so much joy in his six Grandchildren, Joshua, Hillary, Jamie, Haley, Abbie and Evan.  Life blessed him with Great Grandchildren that he loved dearly, Jayden, Saylor, Madeline, Charlotte and Kennedy.  And he was so looking forward to meeting his newest Great Grandson due June 25th.  Life also brought him more joy of family with Chris & Kelly Vick (Jonathan & Maxwell), Ryan & Linda Vick (Cameron & Samuel), Lindsay & Nick Birchfield and Aspen Vick.  Jim was a friend to so many, and enjoyed time with friends from Church, neighbors, work friends, and golf friends.

The family is grateful for the compassion and care provided by the Northland KU Cancer Center, Northland Hospice, and all of our caring friends that lifted our spirits, provided food, sent cards, and prayed for us during this difficult time.

To order memorial trees or send flowers to the family in memory of James Morris, please visit our flower store.