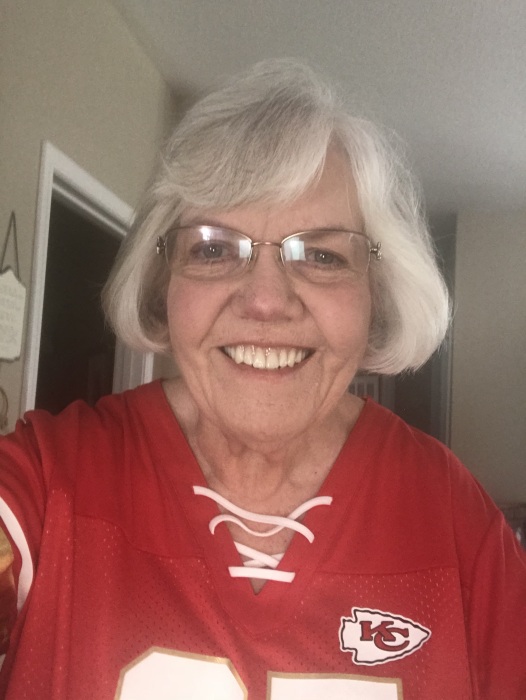 Janet was born on July 26, 1940 in Kansas City, Kansas to Homer Lawson and Iva Lea Lewin .

Janet was united in marriage to G. Larry Hedenskog on October 8, 1965.  They were married for 47 years.  Janet worked as a Rail fleet Analyst for Farmland Industries until retiring in 2002.  Janet was an excellent seamstress and sewed all of her daughter’s maid of honors dresses for both weddings.  Janet loved spending time with her family, watching sports, especially the Kansas City Chiefs and her favorite player, Travis Kelce.

She was preceded in death by her husband, Larry Hedenskog, and sibling Norma Irene Ashlock.  Her survivors are her sister, Lucille Lambert and brother–in–law, Gene Lambert, daughters Lisa Martoncik and son-in-law John Martoncik; and Kristen Larson and son-in-law-Dean Larson; granddaughters Hunter (her husband Cody Glaser), Bailey and Addison Martoncik and Madeline Larson and Grandson Aidan Larson; Brother–in-law Cooper and Phylis Hedenskog; and nephew Sean and Tami Hedenskog and  niece Shelly and James Collins and niece Sandi and John Foster and numerous cousins and nieces and nephews.

In lieu of flowers, the family requests donations to be made to the Foundation for Women's Cancer for uterine cancer at https://www.foundationforwomenscancer.org/support-us/donate/

To order memorial trees or send flowers to the family in memory of Janet Hedenskog, please visit our flower store.