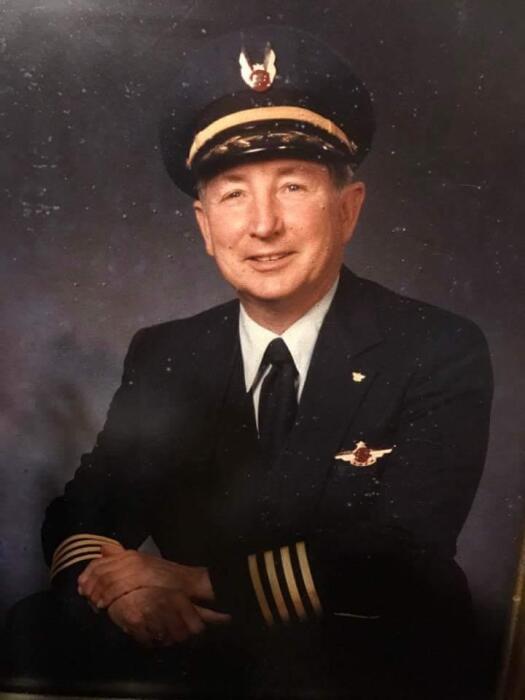 Jesse Edward Stokes Sr., 87, passed away on Wednesday, November 4, 2020. He was a beloved husband, father, grandfather and great grandfather that was loved by his family and friends.

Jesse was a captain for Frontier Airlines for 30 years. He was a member and Past Master of the Kansas City Masonic Temple Lodge. Jesse owned a coin store and was affectionately known as the "Coin Man". He is preceded in death by his parents, Luther  and Martha Stokes; sister, Etta Mae Adams, daughter, Connie Stokes; grandson, Nicholas Pierce; and son-in-law, JC Christiansen. He will be fondly remembered and greatly missed by his wife of 67 years, Ann Stokes; children, Rebecca Jackson (Joey), Brenda Christiansen, (JC, deceased), Cherie Stokes, and Eddie Stokes (Linda); ten grandchildren and 14 great grandchildren.

Funeral arrangements to be decided later by family.

To order memorial trees or send flowers to the family in memory of Jesse Stokes Sr., please visit our flower store.