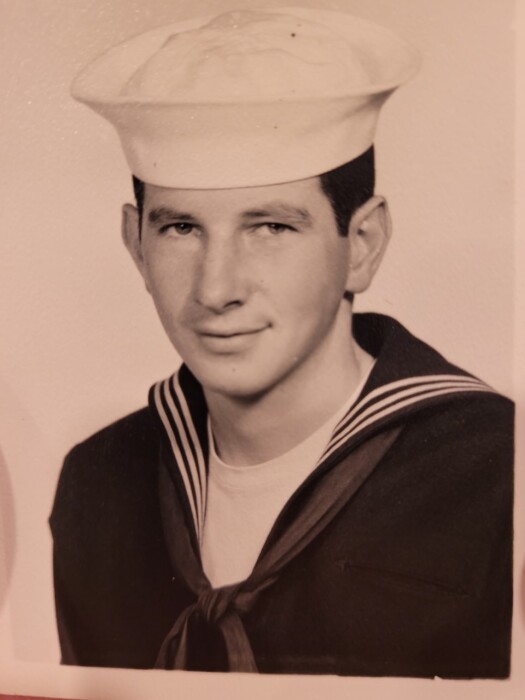 John Theodore “Ted” Gorman went home to meet his Lord and Savior on December 10, 2020. Ted was born in Junction City, Kansas on October 5, 1947 to Rex and Gleda Gorman. He spent his youth in Chapman, Kansas fishing, playing baseball and spending time swimming in the Chapman creek. Ted graduated from Chapman High School in 1965. Shortly after, he joined the United States Navy where he proudly served his country from 1965 to 1968. Ted married the love of his life, Catherine “Cathy” Marie Gorman (Anderes), on July 26, 1969. Ted and Cathy spent a few years in Emporia, Kansas and Battlecreek, Michigan before settling in Topeka, Kansas in 1974. He worked nearly 30 years at Fleming Foods and later worked for Kansas Department of Corrections where he retired in 2015. Ted was an active member of Barry Christian Church in Kansas City, Missouri where he served as deacon and in many other ministries. He had several interests including woodworking, hunting, camping and sports. He was an avid Kansas State fan, and you could find him cheering on his Wildcats most Saturdays. Ted is survived by his wife of 51 years, Cathy Gorman; his children Lance Gorman (Natalie) of Kansas City, Missouri and Jennifer Burgener (Joe) also of Kansas City, Missouri; his grandchildren Michael Gorman (Emily) of Scranton, Kansas, Savannah Gorman, Elizabeth Burgener, James Gorman, and Sarah Burgener; his great grandchildren Kekoa, Makoa and Kaia Gorman; his siblings Sue Gorman (Lorin) of Johnstown, Colorado, Jane LeNoue (Richard) of Albuquerque, New Mexico, and Dick Gorman (Amy) of Oklahoma City, Oklahoma, and many beloved nephews and nieces. A private funeral with immediate family will be held on Monday, December 14th. A celebration of his life will be held at a later date. In lieu of flowers, memorial donations may be made to Barry Christian Church, 1500 NW Barry Rd. Kansas City, MO 64155.

To order memorial trees or send flowers to the family in memory of John Gorman, please visit our flower store.