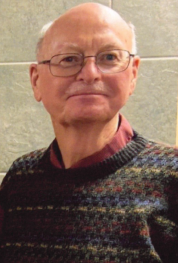 John Hall, 73, died on Monday, September 14th in his home, with his family by his side in Kansas City, Missouri.

John was born on September 25, 1946 in Knoxville, Tennessee. His parents were Verner Lee and Mary Frances Hall and John had two older brothers, Ragan and Robert, better known as Bud and Bob. John lived his entire childhood in Knoxville before entering the Air Force in 1968, serving four years in various locations. His last duty was in Grand Forks, North Dakota, with an honorable discharge in 1972, and then completed his Bachelor’s degree in Education at the University of North Dakota.

John married Lori (Lenore) Zabel in 1970 in Lake Zürich, Illinois. This year they celebrated their 50th wedding anniversary and John and Lori both agreed that they had always been so blessed during all of those years with much abundance and love.

After completing his military service and education degree, John and Lori moved to Missouri to begin both of their teaching careers for Columbia schools. John was hired to teach Distributive Education at the new Rock Bridge High School while Lori taught 4th grade at Rock Bridge Elementary. Continuing to serve in education, John received his Master’s in Vocational Administration in 1980 from the University of Missouri and became Assistant Administrator the Northland Career Center in Platte City in 1982. Eventually John became the director of NCC and served there until his retirement in 2004. He then took on a new position as Tech Prep Coordinator for the Builders Association for seven years.

In 1983 John and Lori built a home in Platte City where they resided for nine years with their daughters, Julianne and Kate. In 1991 the family moved into the second home that they built with Lori’s father, Dick Zabel joining them in Barry Harbor, Kansas City. Living there for 29 years, John enjoyed his home immensely, working out in the yard, and ”tinkering“ in the garage. He especially loved feeding the birds, sitting out on their deck under the gorgeous birch tree which grew tremendously since planted by father-in-law, Dick in 1992.

One of John’s interest all throughout his life was traveling with Lori to see family and friends across the United States. They would faithfully each year take their girls on road trips to see their grandmas and many other loved ones, mainly to go back home to Tennessee, Chicago or Florida. After retirement John and Lori continued to travel which included numerous cruises together. Lori loved seeing new cities and countries and John love the food and entertainment on the ships. Give him an evening of jazz and chocolate and he was happy!

Another interest of John’s was that he was able to expand upon after retirement was playing golf. He especially loved the Wednesday camaraderie with his golf gang, calling themselves, the “Hackers”. Rumor has it that John’s golf game really improved over the years though he would never have gone around telling anyone that it had. John’s most recent golf buddy was his son-in-law, Steve Shepard, Kate’s husband. Over the past several years the two of them were able to enjoy many swinging times together. Since Steve had served in the military and currently teaches at a comprehensive high school, he and John were able to share much in common and develop a deep close connection to one another.

John’s greatest interest was all of his family. He was a devoted father to his daughters, Julianne and Kate, so proud of “his girls” and who they have become as beautiful, strong, and loving women. Julianne currently resides in Kansas City and Kate lives in York, South Carolina. John’s generosity and humble compassion will live on in Julianne as well as gifting her his healing touch. John’s solid grounded nature of strong character and high level of integrity will forever be within Kate as well as his love of nature and appreciation of good health and well-being.

His family grew over the past 17 years with three grandchildren who are the children of Julianne and her husband, Todd Hutchcraft. John’s calm and peaceful presence will live on in his grandson, Maddex, 13 as well as his master tennis skills. John’s love of life and hard work is passed on to his grandson, Lucas, 12 as well as his musical rhythmic talent. And John was also blessed with a beautiful granddaughter, both inside and out, Olivia, 17 who will carry in her heart her grandpa John’s enjoyment of being with people, serving those in need, and living her life focused on her faith.

John adored all his sweet Southern family from Tennessee. He held an incredibly special place in his heart for his nephew, Kevin whom he embraced as a son. Kevin and his wife, Tara and their three sons, Dalton and wife, Maddie, Jack and Alex were a close and frequent part of John’s life, especially when the family moved to Kansas City to be “by family”. John’s brother, Bud currently resides in Oak Ridge, Tennessee with John’s niece, Mary. John’s other niece, Lee Ann and husband, Stu and children live in Florida.

There is not enough room here to list a tremendous amount of friends that John has had over the years. But if you were one of them, know that he feels as blessed as you do to have known him.

John has been a man of faith his entire life, serving as Elder for Gashland Presbyterian Church in Kansas City for many years and recently becoming a member of North Oaks Christian Church where he and Lori have been attending since 2017. They extended their gratitude to their home church for all the love and support that they have received over this past year.

A memorial service will be held at North Oak Christian Church on Saturday, September 26th in the Sanctuary along with a brief Meditation Walk in the Labyrinth. This will be a private event due to Covid guidelines. If you would like to extend your support to the Hall family, they are asking for donations to their church in lieu of flowers. Checks can be mailed directly to the church at 9900 N. Oak Trafficway Kansas City, MO 64155 or to the family home at 2122 N. W. 81st Court, Kansas City, MO 64151. ALL monetary gifts given to the church will be designated for use in the Labyrinth outdoor area where John’s remains will be placed in a memorial site. You can freely visit the site at your convenience on a later date. Contact the family for further details.

To order memorial trees or send flowers to the family in memory of John Hall, please visit our flower store.