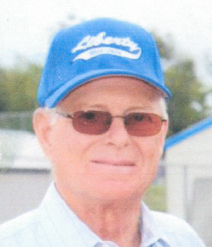 Larry R. Pyle, 75, Lee’s Summit, passed away May 2, 2020.  A memorial service will be held at 11am on Friday, June 26 at Terrace Park Funeral Home, with visitation beginning at 10am.  In lieu of flowers, contributions are suggested to the American Cancer Society.

Larry was born on June 29, 1944 in Kansas City, Missouri to Roscoe and Mary (Billingsley) Pyle, and was a 1962 graduate of East High School.  Following graduation, he worked for Sears before starting his longtime career as a union lithographer, first for Yearbook House and later for Colanco Color. He was a member of the Graphic Communications International Union.  Larry had also served as a reserve officer for the Jackson County Sheriff’s Department.    Throughout his life, Larry enjoyed traveling, snow skiing, and working on his farm in Southeast Kansas, where he had horses and raised cattle.

Larry was most proud of his grandchildren, and he lived to see their accomplishments.  He fought numerous bouts with cancer for over 30 years, persevering and showing great resiliency each and every time.   He will be remembered for his strength, and will be deeply missed by his family and friends.

To order memorial trees or send flowers to the family in memory of Larry Pyle, please visit our flower store.