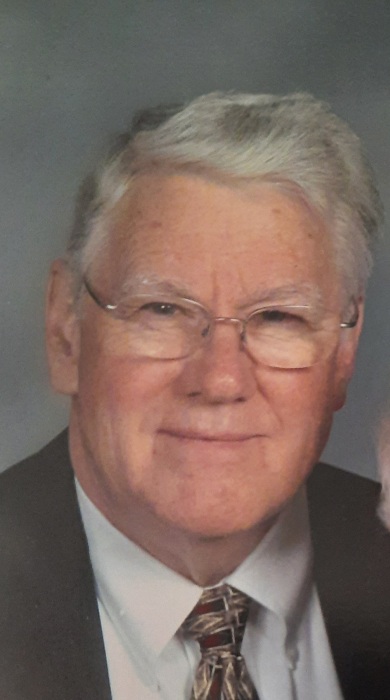 Lawrence Milton Means: A life of service to God and family

Lawrence was born on March 7, 1935 to Milton and Stella (Davis) Means of Keokuk, Iowa. Service to God and family was instilled in Lawrence at a young age. His grandfather, W.T. Means, was a pastor in the formative years of the church of the Nazarene and his mother and father were very active in the Keokuk church. This built the Godly foundation for his life.

Lawrence graduated from Keokuk High School (‘53) and then attended the community college where he studied accounting. He was also involved in sports radio, broadcasting play-by-play commentary for local teams. He started going by Larry instead of Lawrence during the radio experience. Shortly after that, he met his future wife, Gayle Evelyn Henriksen, daughter of pastor G.W. Henriksen and his wife, Nina Henriksen. They were wed on December 8, 1958 in Portland (OR) where they later relocated from Keokuk in 1961. Larry and Gayle had 3 children, Mark (’59), Duane (’61), and Jennifer (’67). In 1968, Larry moved the family to Denver (CO) where he got a job for Blue Cross/Blue Shield and learned about Medicare, which set him on a path to work in Hospital Finance for the next 30+ years.

During those years, Larry and his family lived in Denver (CO), Colorado Springs (CO), Keokuk (IA), Craig (CO), Grand Junction (CO), Lexington (MO), and Liberty (MO). No matter where he was located, he always had the family attending the local church. Larry dedicated his life to walking with God and it brought him great joy to teach his children to follow the same path. He enjoyed singing in the church choir or quartets and teaching Sunday school.

All of these travels nurtured Larry’s sentimental nature and allowed him to enjoy collecting coins, rocks, decorative plates, and even Beanie Babies. His very favorite thing he had the opportunity to learn during this time was to fly an airplane. He soloed in 1974 and purchased a Cessna Skyhawk 172 to use in business for the Colorado Hospital Association. Taking to the skies gave Larry a sense of freedom and adventure that he deeply cherished. Towards the end of his life, he delighted in sharing stories about his flying days.

Larry’s final years were spent living with his son Mark and his wife Jan at their home in Platte City (MO) as they cared for him during his journey with cancer—a journey that he traveled with the utmost grace. Even during his struggles with illness, Larry’s commitment to his faith and his family remained steadfast and he took comfort in knowing that all was well with his soul. He left this earth to be with our Lord on August 21, 2021. Larry is survived by his loving wife, Gayle; his sisters Maryann, Louise, and Carolyn; his brother David; and his children Mark, Duane, and Jennifer. He also had 6 grandchildren and 6 great-grandchildren.

A memorial service will be held on Saturday, September 11, at 2pm at Weston Community Church of the Nazarene, 19495 Highway H, Weston, Mo, with time for visitation after the service.  A private interment will take place at Terrace Park Cemetery.

To order memorial trees or send flowers to the family in memory of Lawrence Means, please visit our flower store.

Weston Community Church of the Nazarene