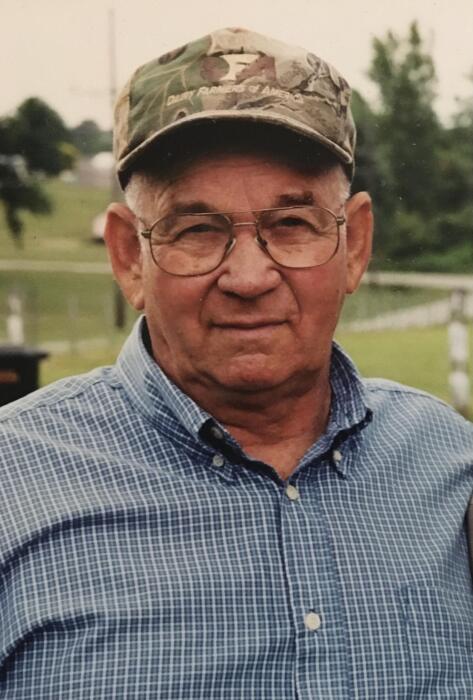 I have fought the good fight, I have finished the race, I have kept the faith. - 2 Timothy 4:7

Lilburn “Warren” Green was a giving husband, father, grandfather, brother, and friend. He finished his earthly race on November 5, 2021 at the age of 88.

He was born to the late Lilburn and Anna Green on June 10, 1933 in Mountain Grove, Missouri. He grew up on a farm there and played football for Mountain Grove High School.  He married his high school sweetheart Ylene East on May 14, 1952. They had two children, Danny and Debora.

The couple moved to Kansas City, MO in 1953, where Warren worked for TWA Airlines for 42 years as an airplane mechanic. After retiring from TWA, he worked another 20 years at Budget Rent-a-Car. He was a faithful member of the Heartland Church of Christ for over 60 years. His love for God was shown in his daily life. He was always willing to lend a hand to a friend in need, expecting nothing in return.

Warren had a knack for fixing things. It earned him the nickname of MacGyver from his family. He loved fixing cars, tractors, or anything that needed a repair.  What he loved more than fixing things was spending time with his family. He was a loving father and grandfather who went out of his way to help his children and grandchildren.

He is survived by his wife of 69 years, Ylene, his children Danny Green of Farley, MO and Debora Smart (Richard) of Platte City, MO, six grandchildren, ten great-grandchildren and one great-great-grandchild. He is also survived by five siblings and many nieces and nephews. He is preceded in death by his parents and two siblings.

A visitation is scheduled for 10 am, Tuesday, November 9, 2021 at the Terrace Park Funeral Home in Kansas City. A funeral service will follow at 11 am.

To order memorial trees or send flowers to the family in memory of Lilburn Green, please visit our flower store.