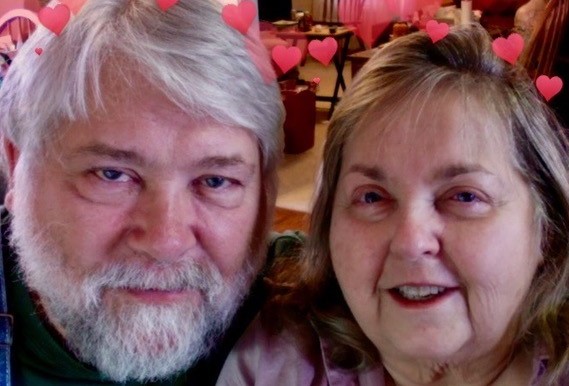 Linda Stephanie Shelley, 74 of Liberty, MO passed away peacefully on May 25, 2022
surrounded by her loving family. She was born to the late William Gilbert and
Norma Jean Clayton on December 15, 1947. She married the love of her life.
Bill Shelley on October 21, 1976. Linda worked in many capacities for over 30 years
at H&R Block and was an enrolled agent with the IRS. She worked for a time at the
Jackson County Juvenile Court and was moved to become a foster parent.
She and Bill welcomed 25 different kids in need into their home over several years.
She was a Benefactor member of the NRA and a member of the Western Missouri
Shooters Alliance. Linda attended 21 national NRA conventions and many other
NRA events and banquets. Linda enjoyed traveling all over the world with her
husband. She went on ocean and river cruises in the Caribbean and Europe as well
as sea and train trips through Alaska. She enjoyed several trips to both Japan and
Hawaii, making the climb to the rim of the Diamond Head volcanic crater.
Linda loved to attend musicals and plays with Bill at the old Waldo Dinner Theatre
and the Missouri Rep as well as Starlight Theatre. She had an artistic ability for
ceramics and stained glass. She enjoyed the garden and when she became
unable to tend it she would sit with the hose while Bill planted and then
thoroughly water both him and the plants.
She will be greatly missed by all of those who loved her.
Linda was preceded in death by her parents, and brother, John Phillip Clayton.
She is survived by brother Steve, (Michael Steven Clayton) and her husband,
Bill (William Eugene); sons: Eric (Jenny) Shelley, Christopher (Misty) Shelley, and
Justin Shelley; step sons ; Bill (Shannon) Mangas, and Jack (Junko) Mangas:
grandchildren Alex, Austin, Brittannee, Brianah, Sophia and Jace,
as well as step grandchildren Kevin, Andrew, Adam, Harper, Trinity and Troy.
Her charity of choice was
Tunnel to Towers Foundation, T2T.org

To order memorial trees or send flowers to the family in memory of Linda Shelley, please visit our flower store.