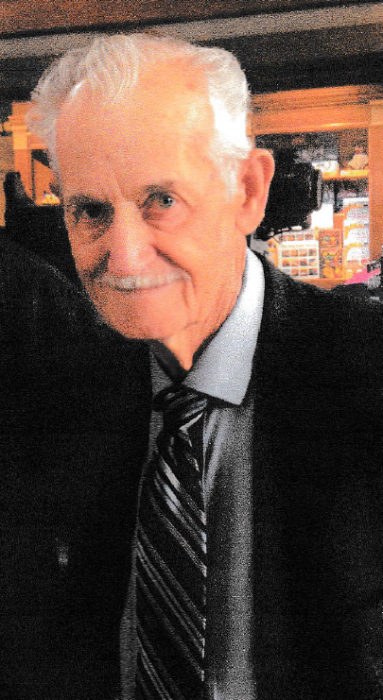 Lloyd Anderson, 93 of Kansas City, Missouri, passed away peacefully on August 3, 2022.
He was born to the late Zana Anderson on November 8, 1928 in Steele, Missouri. Lloyd grew up
on a farm where he cared for his mother from the age of 15.

Lloyd was a Brick Mason by trade for 75 years. He and his son Jeff Anderson owned J & L
Masonry together for 23 years. Lloyd would meet his friends and other subcontractor at
McDonald's for coffee almost every morning for 65 years. Lloyd was an avid sportsman. He
raced dirt bikes along side his son Jeff; winning many 1st place endurance races even into his late
80's. He was also an accomplished fisherman for 85 years; winning 1st place in the Gladstone Bass
Master's in 1982.


Lloyd was a wonderful father, friend and grandpa. He will truly be missed but never forgotten.
Our love for him will Iive on in our memories forever.

Family will welcome guest at Terrace Park Funeral Home for visitation, Monday August 15th at 10am with funeral
service starting at 11am.

To order memorial trees or send flowers to the family in memory of Lloyd Anderson, please visit our flower store.