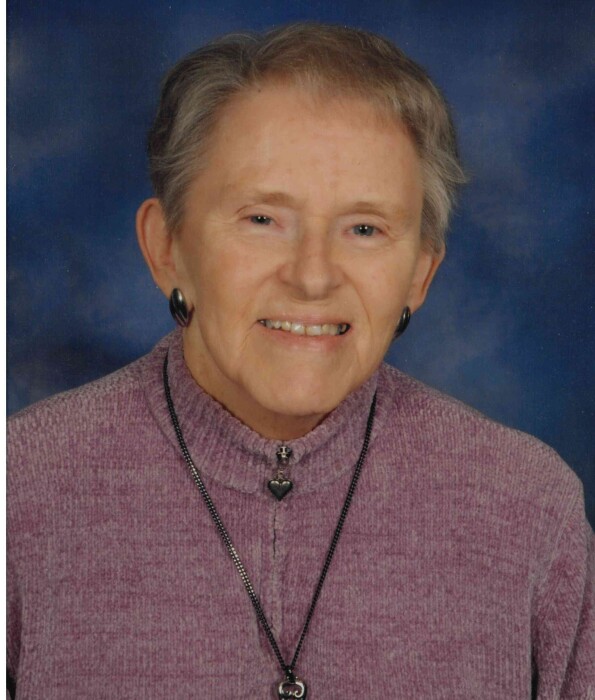 Lois Marie Patterson, 83, of KCMO, passed away January 13, 2021.  Visitation will be on Monday, January 18, from 10-11am followed by funeral services at 11am, all at St. Stephen Lutheran Church, 205 N. Forest Avenue, Liberty.  Burial will follow at Terrace Park Cemetery.  In lieu of flowers, memorial contributions are suggested to St. Stephen Lutheran Church or the Ronald McDonald House.

Lois was born on November 1, 1937 in Litchfield, IL, to Elmer and Alma (Schuette) Frerichs.  Lois moved to Kansas City as a young woman to attend airline stewardess school for TWA, but after one test flight decided it wasn’t for her.  A friend set her up on a blind date with Ed Patterson, who was stationed at the Olathe Naval Air Station, and they married on February 21, 1959; they were blessed to celebrate 58 years of marriage before Ed’s passing.  Ed and Lois decided to make their home in the Kansas City area, as it was halfway between his home state of Nebraska and her home state of Illinois.

Lois was a member of St. Stephen Lutheran Church since 1964.  She was a fan of the Royals, the Chiefs, the Nebraska Cornhuskers, and any sports team that her grandson played on.  She was known for being a truly caring and loving person.

Lois was preceded in death by her husband, Edward Patterson and daughter, Carrie Lynn Patterson.  She is survived by her sons, Lee Patterson and Dennis Patterson (wife, Kandi), and grandson, Brennan Patterson, all of Kansas City, MO; brothers, Karl Frerichs (wife, Debbie) of St. Louis, and Paul Frerichs (wife, Donna) of Litchfield, IL; and many loving nieces, nephews, and friends, especially the members of St. Stephen Lutheran Church LWML and Silver Saints.

To order memorial trees or send flowers to the family in memory of Lois Patterson, please visit our flower store.