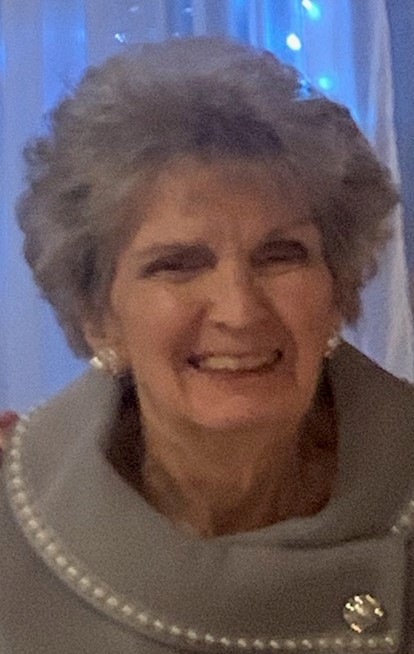 Lorraine was born on March 9, 1931 in Lu Verne, Iowa to James and Eleonora (Schneider) Eustace. She married the love of her life, Allan (Al) Wilson on September 14, 1952. Al built the house he and Lorraine shared for 64 years. At that time, it was the 6th house in the neighborhood, now there are close to 400 homes. Lorraine made a point to welcome each new neighbor with a welcome package full of baked goods and a smile. Through their marriage they were blessed with two children, Jacqueline and Allan. Both Lorraine and Al were very active in their church. Lorraine helped with kitchen activities including cooking dinners for various church activities and funerals. She also served on the Alter Guild committee for many years. They were founding members of Christ Lutheran Church in Platte Woods, Missouri. Later they transferred to King of Kings Lutheran Church where they have been members since 1970. Lorraine was a very social and loving person going to great extent to make everyone feel special. She made dozens of tree shaped coffee cakes each Christmas and most families anxiously awaited receipt of the love put into it. Her friends and family loved going to her house as she always had great food to eat. She enjoyed baking with her grandkids and great grandkids though we aren’t sure if more flour was in the food or on the kids. She never cared. Her great grandkids called her, “Cookie Grandma.” She also made cinnamon rolls which were always a crowd favorite, taking time to form cinnamon rabbits for Easter. She hosted an annual Christmas party for her lady friends consisting of Red Hat members and neighbors. Each year she had a different Christmas theme for the party. We found 30 large plastic tub containers in her attic, each being a different party theme. Lorraine loved to make people smile so she went to clown school but only wanted to be a happy clown. Lorraine loved her children. They both knew her as a wonderful, loving mom. She made each feel very special with the little things she would do. She chose a life of caring for her house and family until the children were old enough to go to school and come home safely by themselves. Then she worked in various companies doing office tasks. Her priority was always to her family. She was about 80 when she finally retired from Kohl’s where she worked 15 years primarily in jewelry and as a greeter which she absolutely loved.

In lieu of flowers, memorial contributions can be made to the church’s memorial fund in Lorraine’s name.

To order memorial trees or send flowers to the family in memory of Lorraine Wilson, please visit our flower store.