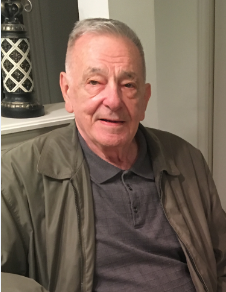 Lorren R Taylor, 87 years old of Kansas City Missouri, passed away Sunday October 11th, 2020. Lorren was born October 27th, 1932 in Stover Missouri. He was raised on a family farm, south of Stover and graduated from Stover High School. After high school, he served in the U.S. Navy during the Korean War, on the Crosley-high speed transport ship the USS Begor. Lorren was Honorably Discharged after 8 years in 1960 and worked for TWA for the next 35 years as a mechanic and member of the International Association of Machinists and Aerospace workers.

Lorren loved the outdoors and was an avid hunter, especially bird hunting. He was a competitive trap and skeet shooter both individually and as a member of the TWA company team. In addition to being an airline mechanic, he was an excellent carpenter and could build or fix most anything.

Lorren met the love of his life Edna and they were married in 1971. Their 49 year marriage was something special and an inspiration to many. Their marriage was filled with love, laughter and life with kids, grandkids, and great grandkids. Edna and Lorren also loved dancing and continued to do so even into recent years as Lorren battled Alzheimer’s.

Graveside service for immediate family will be at Terrace Park in Kansas City Missouri. In lieu of flowers the family asks that you consider the Alzheimers Association, 225 N Michigan Ave., Fl.17, Chicago, IL 60601

To order memorial trees or send flowers to the family in memory of Lorren Taylor, please visit our flower store.