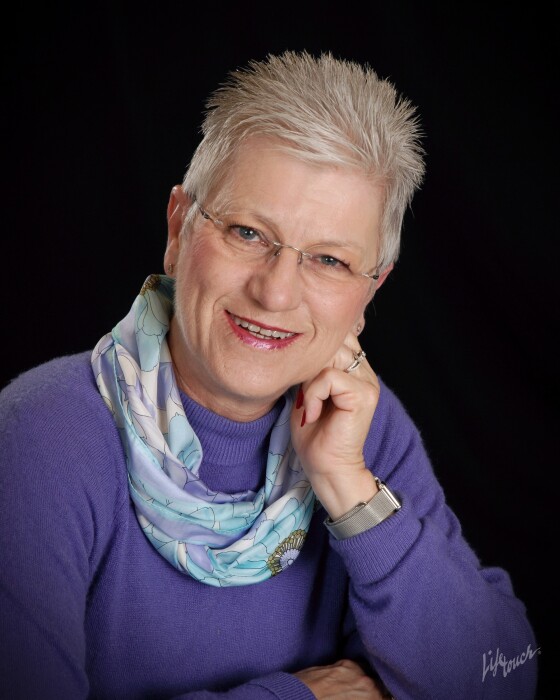 A memorial service of the Celebration of the Life for Lynda will be at Gashland Presbyterian Church, 8029 N. Oak Trafficway, Kansas City, MO, 64118 on August 14, 2021, at 11:00 a.m. A visitation will precede the service from 9:30 until 11:00. In lieu of flowers, donations to cancer research would be appreciated.

Lynda was born in Ft. Worth, TX on January 30, 1949, to Bual and Letha (Matthews) Bales, while her father was attending Southwestern Theological Seminary. A short time later, they moved to Hannibal, MO where Bual completed his studies at Hannibal-LaGrange College. Lynda lived the remainder of her life in Missouri.

Lynda graduated from St. Charles High School and Hannibal-LaGrange College. It was at Hannibal that she met, dated and fell in love with Bob Johnson. Bob and Lynda were married on August 23, 1969, at First Baptist Church of St. Charles, where her father was pastor.

Lynda and Bob spent their first years together in Liberty, MO while Bob finished his music degree at William Jewell College…and Lynda worked on her PHT…Putting Hubby Through…and then ten years in Bowling Green, MO where Bob taught music at Bowling Green High School and where Sarah and Rhett were born.

It was in Bowling Green that Lynda was introduced to not only motherhood but also the world of business, first working in the NECAC government program and later in real estate. Lynda learned well from her mom and dad how to be a good business woman. That business head served her well as she managed to stretch a teacher’s salary to cover all the bills of a growing family. In 1981, the family moved to the Kansas City area.

Lynda supported Bob in all his business ventures and supported him in his church ministry, singing in his choirs from day one until the day he retired.

As a church member, Lynda served as church secretary, nursery coordinator, VBS director, in the Women's Missionary Union, and sang in the choir (from Soprano to Tenor). Her professional life was centered in all aspects of real estate, as a realtor, office manager, title company executive and loan closer.

Lynda loved to travel, taking multiple cruises and excursions in the Caribbean, Mediterranean, and the British Isles with Bob and family and friends. She was an avid reader and loved crossword puzzles.

She will be missed…as a wife and companion, mother, grandmother, sister, and friend.

But we have faith that her faith in Jesus as Savior has carried her spirit to be with Him.

10  A wife of noble character who can find?
She is worth far more than rubies.
11 Her husband has full confidence in her
and lacks nothing of value.
12 She brings him good, not harm,
all the days of her life.
13 She selects wool and flax
and works with eager hands.
14 She is like the merchant ships,
bringing her food from afar.
15 She gets up while it is still night;
she provides food for her family
and portions for her female servants.
16 She considers a field and buys it;
out of her earnings she plants a vineyard.
17 She sets about her work vigorously;
her arms are strong for her tasks.
18 She sees that her trading is profitable,
and her lamp does not go out at night.
19 In her hand she holds the distaff
and grasps the spindle with her fingers.
20 She opens her arms to the poor
and extends her hands to the needy.
21 When it snows, she has no fear for her household;
for all of them are clothed in scarlet.
22 She makes coverings for her bed;
she is clothed in fine linen and purple.
23 Her husband is respected at the city gate,
where he takes his seat among the elders of the land.
24 She makes linen garments and sells them,
and supplies the merchants with sashes.
25 She is clothed with strength and dignity;
she can laugh at the days to come.
26 She speaks with wisdom,
and faithful instruction is on her tongue.
27 She watches over the affairs of her household
and does not eat the bread of idleness.
28 Her children arise and call her blessed;
her husband also, and he praises her:
29 “Many women do noble things,
but you surpass them all.”
30 Charm is deceptive, and beauty is fleeting;
but a woman who fears the Lord is to be praised.
31 Honor her for all that her hands have done,
and let her works bring her praise at the city gate.

To order memorial trees or send flowers to the family in memory of Lynda Johnson, please visit our flower store.