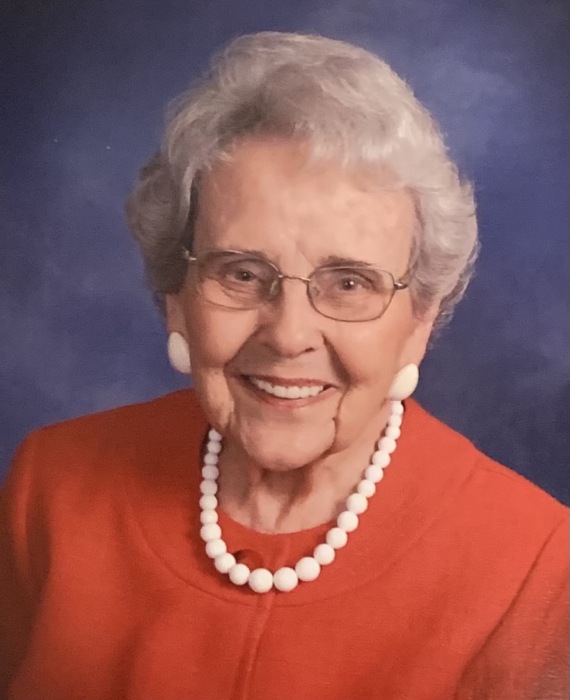 Martha was born on September 24, 1924 to Clifford Craig and Mildred Chambers in Dallas, Texas. As a young girl her family moved to Arizona where she attended school. While attending the University of Arizona she met and married James W. Young on July 8, 1941. After receiving their bachelor’s degrees in 1948, Jim and Martha moved to Pittsburgh, Pennsylvania where they lived for 10 years before moving to Kansas City, Missouri. In 1945, they had twin boys who lived for only a few hours. In 1950 they welcomed their son, Craig and then in 1952, their daughter, Sharyl was born. Martha was a stay at home mother and cherished spending time with her children. She especially enjoyed being involved with their activities including the Boy Scouts, Camp Fire Girls, PTA, and more. She and her husband enjoyed travelling for as long as his health permitted. Martha was a member of Gashland Presbyterian church for over 60 years.

A graveside service will be held at Terrace Park Cemetery on Saturday, October 30th at 11:00am. In lieu of flowers, contributions may be made to Gashland Presbyterian Church.

To order memorial trees or send flowers to the family in memory of Martha Young, please visit our flower store.