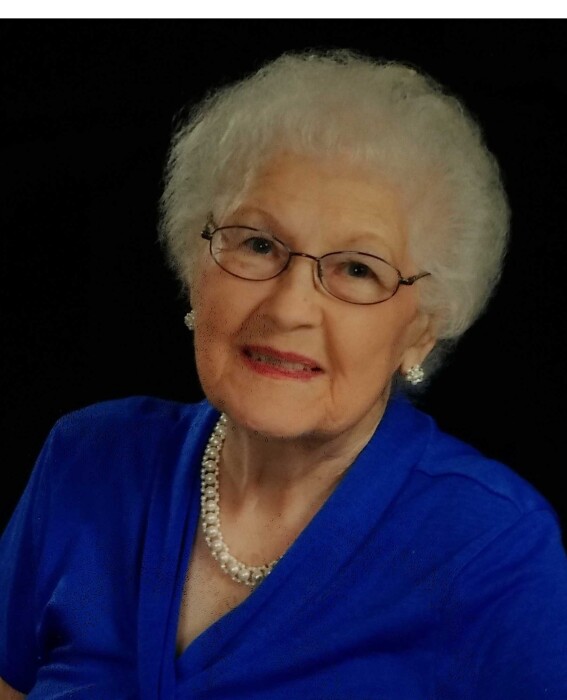 Our mother was born the eighth of nine children to General Hardy Hand and Minnie Hand of Hand, Arkansas (the small town was flooded in the building of Lake Norfork.)  Her parents and siblings all preceded Judy in death.  She was also preceded in death by her husband, James C. Robertson, Sr., to whom she was married from 1946-1968, and by her second husband, Carl V. Laber, to whom she was married from 1973-2016.

Judy is survived by her two children, two grandchildren, five great grandchildren, and one great great grandson.  Her surviving family includes her daughter, Becky and husband, Virgil Moore of Idaho; their daughter, Lindsey and her three children: Curtis (22), Lia (16), and Jaycee (11), as well as Curtis’ son, Kenai (2 years old), all of Idaho; her other granddaughter, Cassie and her husband, Josh Royse, and their two sons, Thatcher (9) and Cameron (5), also of Idaho.  Mother’s second born child, James Curtis Robertson, spent four years in the US Air Force.  His assignment in Virginia gave a great opportunity for a memorable trip to the D.C. area for mother and Carl.  Curt also lived in California, Colorado, and for many years in St. Louis, Missouri.  He now lives in Kansas City and was a great caretaker for our mother over the last five years.  She also leaves behind several nieces and nephews all around the U. S.

Mother’s early life and high school days were spent in the Mountain Home, Arkansas area.  She was in high school when WWII began.  Many of the men and boys she knew, including her brothers, went off to war.  Mother moved to Kansas City to look for work.  She met and was hired to decorate cards for John Hall, who founded Hallmark Cards.  She married our father, J. C. Robertson, after he returned from the war and he began employment at TWA.  After being a 1950’s stay-at-home mom for a few years, her next career was as cafeteria manager at Park Hill Senior High School.  She was considered a friend by many high school teens both at the high school and the youth groups she helped with at Barry Christian Church.  She was a member of Barry Christian Church for 55 years.

We have many delightful stories and memories of our mother taking us to visit cousins and family farms in southern Missouri and northern Arkansas.  We had adventures swimming in lakes and rivers, canoeing and camping every summer.  Some of the best times were also spent when Mother was cheering loudly at Curt’s little league baseball games, and she never missed any of them!  Her granddaughters would be so excited when Grandma would come to Idaho.  Her visits meant slumber parties, cooking, board games, and giggling fun.

After our father’s death in 1968, she kept our little family going and happy.  In 1973 she married Carl Laber and traveled and vacationed from Missouri to New Orleans to Michigan, Colorado, Idaho, and the Pacific Coast.  She spoke fondly of many trips to visit Becky and her family in Idaho over the years.

We will all miss her deeply, and we are honored to have the blessings of so many loving years with her.

To order memorial trees or send flowers to the family in memory of Mary Judy Laber, please visit our flower store.