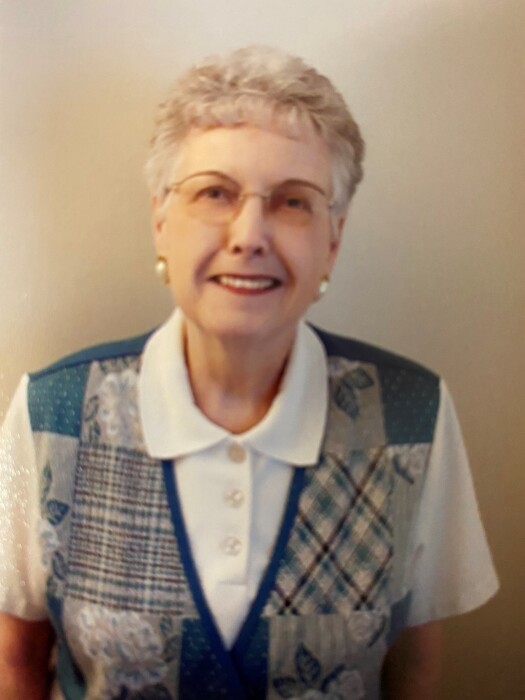 Maxine Wyvonne Babcock, 96, of Gladstone, Missouri passed away Friday July 9,2021 at New Mark Care Center. Maxine was born November 16, 1924, on a farm between King City and Maysville, Missouri to Lee and Ruth Stockton. She graduated from King City High School in 1942 and went to Platt Gard Business college in St Joseph, Missouri.

She married her high school sweetheart, Walter Cook, and from that union had a beautiful daughter, Patricia Ann before they divorced. She married Roy D. Babcock in 1954 and the following year they were blessed with twins, Kathryn Gale and Kenneth Dale. Maxine was a loving caregiver to Roy Dale for many years until he passed in 1989.

Maxine was a realtor for many years, she then worked at UMB bank for 10 years and retired in 1999.

She was a charter member and past president of the Northland Quilt Guild and the Nighttime Needler’s. She originally got her passion for sewing, needlework and quilting from her mother, because they made all their own clothes growing up during a different time on the farm. She was a member of the Northland Organ club. Maxine was also a member of the Hillside Christian Church for 62 years. Quilting and playing the organ brought great joy to her for many years. Maxine continued taking organ lessons into her 90’s.

In lieu of flowers the family is requesting a donation be made in the name of Maxine W. Babcock to St. Jude Children’s research Hospital.

To order memorial trees or send flowers to the family in memory of Maxine Babcock, please visit our flower store.