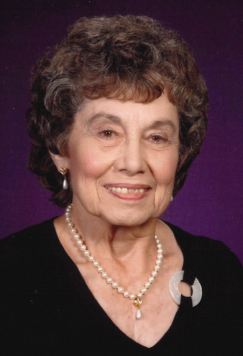 Merle Tuller Cox of Kansas City, Missouri was born in Leon, Iowa on March 25, 1931 to Sidney Merle Tuller and Elsie Elizabeth Lentz Tuller, and peacefully passed at her daughter’s home in Gladstone, MO on July 23, 2022, at the age of 91.

Merle lived in Leon, IA in her early years. Her oldest sister was a schoolteacher, and Merle was one of her students. Having a teacher in the home allowed her to enjoy advanced learning. During the war years, they moved to California where her dad worked on the ships in Long Beach, later returning to Iowa where she caught the eye of Archie Eugene Cox at his brother’s birthday party. He pursued her, won her heart and they enjoyed 42 years of marriage before his passing.

Merle worked as a secretary for the Liberty, MO Gas Company, APCO electric company, and Kitchens by Kleweno where she was able to contribute her creativity in kitchen design. She pursued a realtor license and worked with Gaslight Realty and later, J.D. Reece. After Archie’s passing, she became a revenue officer for KCMO until retirement. She spent early retirement years caring for the first great-grandchild while mom worked. Although she did not graduate high school, she earned her GED and self-educated well beyond her formal education. She was the go-to person in the family with questions that spanned numerous topics.

She loved music and was the pianist and organist at Liberty Assembly of God. She was gifted to be able to play piano by ear from an early age, never having formal music education, she surprised musicians with her ability. She also enjoyed teaching Sunday School classes for both children and adults. She was an accomplished seamstress and created the styles of the day for her daughters from the time they were toddlers through college. Interested in being fashionable, she even made her own patterns at times and had fun with creative costumes. She was very creative in design and with the gifted handiness of her husband, remodeled the house to her ideas several times.

Merle loved family dearly and was especially devoted to the grands and great-grands. Her care for family reached to extended family members, as well, who called her house home in time of need.

To order memorial trees or send flowers to the family in memory of Merle Cox, please visit our flower store.