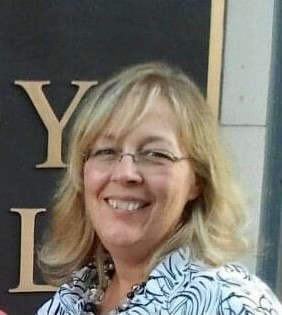 
We regretfully announce the passing of Michele Marie Swarts of Kansas City Missouri on June 7th, 2021. Michele was known to all as an intelligent, brave, witty woman, who selflessly placed other's needs ahead of her own. Michele was born October 16th, 1957, grew up in Overland Park, KS, and graduated from Rockhurst University. In the early 1980s, Michele obtained her CPA, becoming one of the first women in her field in the area, and also taught herself how to use computers when they were first appearing in industry. After 35 years with Helzberg Diamond’s, Michele retired as a Divisional Vice President and Controller and with many close friends she made throughout her career.


Of all her life's achievements, Michele was most proud of the family she built with her husband, Mike. The couple was devoted to each other for 44 years. Michele was an amazing, nurturing mother, who served as role model to both her children. Throughout the years, not only did she help root her family to stand strong through many challenges, but her wisecracks and silly adventures were also the source of countless belly laughs heard throughout the home.


Michele was preceded in death by her parents Vince and Ethel Wesselmann. She is survived by her husband, Michael Swarts; her children, Melissa Wennermark and Jason Swarts; her granddaughter, Nova Wennermark; her siblings, Diana Billie, Doug Wesselmann, and Thomas Wesselmann; and many nieces and nephews.
Michele's funeral will be held on Monday June 14th at Terrace Park Funeral Home (801 NW 108th St, Kansas City, MO 64155). Visitation will start at 2pm, followed at 3pm with a rosary and short ceremony, where folks are encourage to share memories of Michele. In lieu of gifts, flowers, or food, please feel free to send donations to the Glioblastoma Foundation,
https://glioblastomafoundation.org/get-involved/donate.

To order memorial trees or send flowers to the family in memory of Michele Swarts, please visit our flower store.