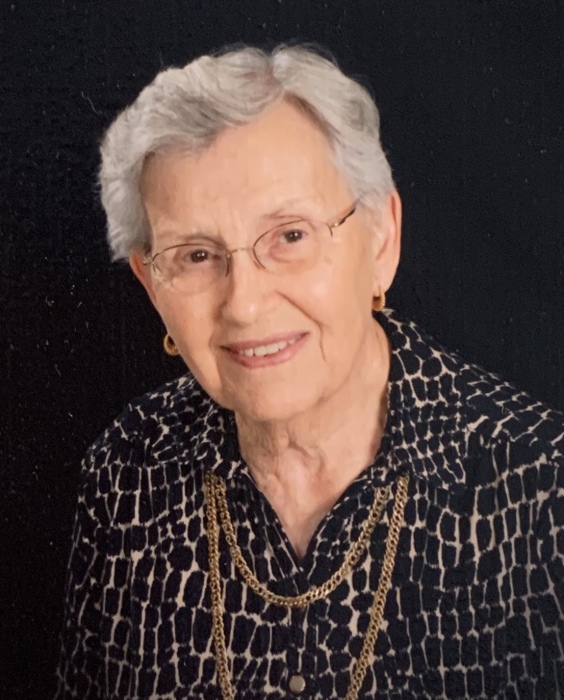 Mildred Ruth Schanck, 89, passed away on July 16, 2020. Millie was born on June 27, 1931 in  Leighton, Iowa to parents, Louis and Maggie (Van Ommen) Van Roekel. She met the love of her life, Asher Schanck Jr., after he moved to Iowa to pursue a career in ranch management. They were married on February 14, 1950 and from this marriage had two daughters. After Asher accepted a job at Staley Farms, they relocated to the Kansas City area where Millie began her successful lifelong career working in retail department stores. She was a natural born saleswoman and recieved many awards for her achievements. She would even convince her husband to sell his woodworking projects any chance she could. She was always very active whether it was bookkeeping for her husband’s ranching business, gardening, making clothes for her children, raising chickens, or traveling. She especially enjoyed traveling to Alaska and Mexico, and spent many winters in South Texas. Millie was a proud Christian and longtime member of Gashland Evangelical Presbyterian Church, where she made many friends.

A private graveside service will be held at Terrace Park Cemetery. In lieu of flowers, contributions may be made to Gashland Evangelical Presbyterian Church (8029 N Oak Trafficway, Kansas City, MO 64118)

To order memorial trees or send flowers to the family in memory of Mildred Schanck, please visit our flower store.