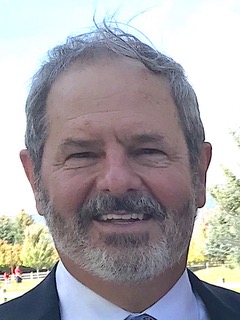 Beloved husband, father, brother, uncle, cousin and friend to thousands, Norman Autry Smith, Jr., D.D.S., M.S., went home to be with the Lord on June 1, 2020. Norman was a highly respected endodontist in Parkville where he practiced for 38 years performing root canals on nearly 40,000 patients.

Norman was born Feb. 16, 1955, to Norman Autry and Nancy (Kennedy) Smith in Purcell, Oklahoma. He always excelled at everything he did. Early in his childhood he learned to love the outdoors, OU football and academics. He played the saxophone and football for the Purcell High School Dragons and was recognized for his leadership abilities. Like his dad, who was a state legislator, Norman was able to remember names and details about people. He made friends wherever he went.

After the family moved to Edmond, Oklahoma, Norman graduated high school as Valedictorian and entered Westminster College in Fulton, Missouri. He was a member of the Sigma Alpha Epsilon fraternity, a legacy of his maternal grandfather, John Edward Kennedy. He graduated in the top of his class and was named to the Alpha Chi Scholastic Honorary Society. He married Kimberly Frederich of Kansas City.

Norman attended the University of Missouri – Kansas City Dental School graduating as Magna Cum Laude, just a few weeks after his son, Norman Autry Smith III, was born. Norman continued his advanced studies specializing in Endodontics at Northwestern University in Chicago receiving his Masters Degree at the top of his class earning the AAE Outstanding Certificate of Merit. He was appointed to the Honorary Dental Society Omicron Kappa Upsilon-Rho Chapter and received the UMKC Alumni Award for Scholarship and Professional Development. Norman set up practice in the Kansas City area. He married Ilse Straub in 1989, and together they had son Spencer Kennedy Smith and daughter Haley Mabel Smith.

Norman married Anita Vanetti in 2014 and they resided in Smithville, Missouri. He proudly became Papa to Halen Grey Smith and Bode Emerson Smith. His children and grandchildren were his greatest joys. Dr. Smith was recognized as a leading Kansas City Endodontist and was practicing in Parkville at the time of his death.

Norman’s life was defined by his faith, love of family and country, and passion for hunting and fishing. Some of his favorite moments were at his grandparents’ home in Chipita Park, catching rainbow trout with his Grandpa John. He spent a summer in Alaska with his Uncle “Eddie Bear” and Aunt Charlotte, where he honed his fishing and hunting skills. He passed that love for the outdoors on to his children.

Scouting was also a lifelong commitment for Norman. He received the Silver Beaver Award, which recognizes Scouters of exceptional character who have provided distinguished service within a council.  Both of his sons are Eagle Scouts.

Norman’s heart for the Lord led him to launch the Brothers in Christ Men’s Ministry in 2014 through the Vineyard Church in Smithville. He was known for his love and passion for helping men grow stronger in their faith and positively impact their families and communities.

Norman was a Board-Certified Endodontist, a lifetime member of the American Association of Endodontists and was part of the Kansas City Mid-Century Dental Club. He helped teach and mentor students studying endodontics at UMKC’s School of Dentistry and befriended hundreds of dental practitioners throughout the country.

Norman loved the arts and had been a supporter of the American Theater Guild KC Broadway Series and the Kansas City Symphony for many years. He also supported the National Wild Turkey Federation and many other outdoor sporting organizations focused on wildlife conservation.  He was also a member of the North Kansas City Breakfast Club among other community organizations.

Those who knew him well, know that Norman had a love for our great country and her servicemen, and also a profound passion for the outdoors. In lieu of flowers, please consider a donation to The Fallen Outdoors, which organizes outdoor hunting and fishing adventures for veterans who may be suffering from physical or mental disabilities, https://thefallenoutdoors.com. Please indicate that you would like to make the donation in the name of Norman A. Smith in the “write a note” section; or donate to Hillcrest Platte County, www.HillcrestPlatte.org, a transitional housing program providing a Christian environment that helps families in crisis move from homelessness to self-sufficiency.  Please indicate your donation is in Norman A. Smith’s name in the comments section of the donation page.

Please consider sharing a memory, story, or note on his online obituary memory board at www.terraceparkfuneralhome.com.

To order memorial trees or send flowers to the family in memory of Norman Smith, Jr., D.D.S., M.S., please visit our flower store.