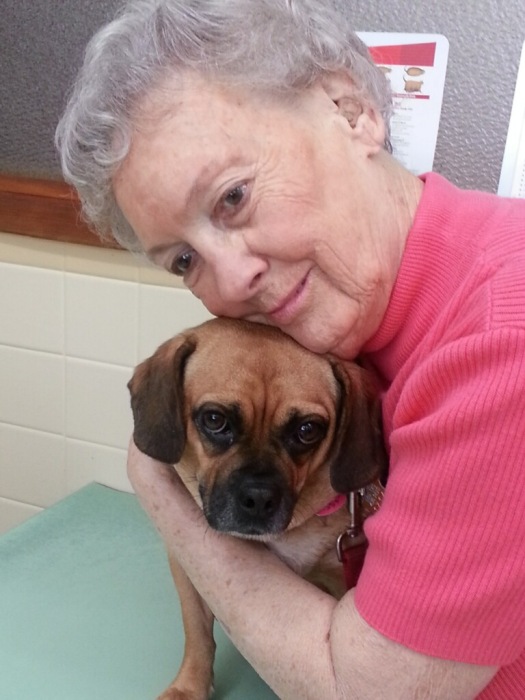 Oleta was born on September 17, 1928 in Senath, MO to Guy and Zula Damon. She grew up in the bootheel of Missouri where she attended high school in the city of Steele and where she met the love of her life, Woodrow Pind, after eavesdropping on a conversation he was having with his mother while she was working as a telephone operator. She and Woodrow were married on November 19, 1949. Soon after, they relocated to the Kansas City area where Woodrow was recruited to work as a brick masoner. Oleta took great pride in being a stay-at-home mom and not only looked after her two children, but was known as the “neighborhood mom”, caring for many of the other children in the area. She was a devout Christian and spent many years attending what is now known as Northland Baptist Church and Bethel Baptist Church. Oleta is preceded in death by her parents; husband, Woodrow Pind; and sister, Juanita Anderson. She will be fondly remembered and greatly missed by her children, Don (Sherrie) Pind and Becky (Richard Edwards) Eaves; stepdaughter, Jean Ann (Rodger) Rice; grandchildren, Damon and Dusty Pind; step-grandchildren, Chris (Laura) Rice and Gina (Jay) Todd; great grandchildren, Devin Pind and Holly (Jonathan) Beckman; sister, Kay Keene; and her beloved puppy, Katie.

Funeral services will be held at Terrace Park Funeral Home & Cemetery on Monday, December 14th at 11:00am, with a visitation held one hour before and burial following. In lieu of flowers, contributions may be made to Crossroads Hospice. The funeral service will be available to view via live stream and recording at the following link:

To order memorial trees or send flowers to the family in memory of Oleta Pind, please visit our flower store.